Residents of coastal villages in Tanintharyi Region say their livelihoods have been hurt by work on an LNG-fired power project involving European companies Total and Siemens.

The project involves building an offshore import terminal and a power plant with a capacity of 1,230 megawatts at Ohnbinkwin village, as well as a transmission line northwards to Bago Region, where the electricity will join Myanmar’s national grid.

An existing underwater pipeline from the Yadana offshore gas field makes landfall at nearby Daminseik village, meeting an overland pipeline that continues on to Thailand. The Yadana field is operated by the French energy giant Total, which has partnered with German multinational Siemens to develop the LNG-fired power plant in Ohnbinkwin.

The Kanbauk project is one of four unveiled by the Ministry of Electricity and Energy in January last year, when the companies involved were granted a “notice to proceed” at a ceremony in Nay Pyi Taw. These projects are part of an ambitious plan for universal electricity access in Myanmar by 2030.

The four projects involve billions of dollars in investment and would collectively add more than 3,000MW to the national network, virtually doubling existing output, as Frontier reported on January 31 in “Myanmar bets on huge LNG projects to meet power needs.”

The first phase of the four-year project at Kanbauk called for 615MW to come online in three years, in early 2021. Yet more than a year after the notice to proceed was issued, the ministry and the companies have revealed little about whether progress has been made towards agreeing the crucial power purchasing agreement.

On the ground, though, preparatory work has begun. From November to December, Total E&P Myanmar, registered in Myanmar as an overseas corporation, did preliminary survey work for the offshore terminal. This included a five-mile stretch of the Heinze Creek that the villagers use for fishing and accessing the sea.

Many households in the villages of Daminseik, Pashu Yay and Maw Ngan, which fall within Thaechaung village tract, rely on fishing and say their livelihoods were disrupted when the Department of Fisheries banned them from fishing in the survey area for the two-month period.

Locals say the area has relatively rich fish stocks, attracting fishers from further down the coast in Launglon Township. Residents are concerned that as the project proceeds, further fishing bans could be enforced.

Residents also say that some of the survey boats that navigated the Heinze Creek had damaged three fishing nets in Pashu Yay and two in Maw Ngan, hurting the income of the communities further.

Pashu Yay resident U Aung San Win said about K1.5 million worth of damage was caused to fishing nets and because most of those affected have no other source of income, some have begun collecting shellfish for sale as a substitute.

Compensation has been sought for both damage to nets and the income lost from being unable to use their boats to fish in the survey area.

“Some want compensation because their fishing nets were ruined; others because they weren’t able to work,” said Ma Khin Pyone Win, another resident of Pashu Yay, who also fishes for a living. “Residents of Pashu Yay village struggle if they cannot work for one day and they rely on the sea for their living. If they cannot work at sea, life is difficult.”

U Hla Htay, chairperson of the Heinze Region Sustainable Development Organisation, a local community interest group, said many fishers had fallen into debt because of the suspension.

“When the ship entered the creek, locals had to stop working,” Hla Htay said. “They live hand-to-mouth, so they had to borrow money. They now want compensation. Those who lost fishing nets cannot afford to buy new ones.”

In an emailed statement to Frontier, Total E&P Myanmar said that they had “shared full details about works to be done in the navigation channel”, including the route and dates of the planned survey, in prior consultations with local communities and government officers.

The statement added that the survey was undertaken in close coordination with local fishers: “on a daily basis, the local (native) pilot on board of the survey vessel and the local (native) chase-boat operator liaised with fishermen to get full clearance of the navigation channel part where activity was planned for the day.”

It also said that the surveyors worked flexibly to avoid harm: “Several times, our vessel had to modify planned survey locations as those parts were not cleared as expected.”

On December 3, 47 residents of Pashu Yay village wrote to Total urging the company to take responsibility for disrupting livelihoods.

Two days later, U Soe Moe, a Total official, met residents and said the company-chartered boats had been instructed to follow designated routes that would not damage nets, and that their complaint would be resolved within a week, according to those at the meeting.

On December 6, residents of Maw Ngan sent their own letter to Total seeking redress for their two damaged nets. A week later, Total’s country office in Yangon responded by letter that it would address the complaints through what it calls its Grievance Mechanism Management System. This involves the verification of complaints via community liaison officers, who collect evidence and submit it for review by a grievance management board.

On December 27, officials from Total’s Yangon office travelled to Theachaung village, close to Pashu Yay and Maw Ngan, to meet the affected villagers and discuss their concerns. The Total officials prevented this reporter from attending the meeting, saying it was invite-only. The officials said reporters should direct any questions to its Yangon office.

In the emailed statement, Total said the meeting was “designed to communicate with complainants and their representatives, and to explain and start implementation of the grievance resolution process, not to be a public consultation.”

Those at the meeting included regional lawmaker U Kyi Soe (National League for Democracy, Yebyu-2), who is deputy speaker of the Tanintharyi Region parliament. He also declined to be interviewed.

Villagers who attended the meeting told this reporter that they were dissatisfied with the outcome. In a letter sent by Total on January 29, which the villagers showed this reporter, the company agreed to compensate villagers from Maw Ngan but not those from Pashu Yay because it said they could not prove that their livelihoods had been affected.

Total confirmed this decision to Frontier, saying, “it was specified that compensation can be paid only to one possible grievance case. The other grievances were rejected due to lack of evidence provided by complainants and evidence collected from our vessels GPS records. However, we are continuing the dialogue with these fishermen to explore potential support on humanitarian grounds.”

Total’s website states that it will undertake two Environmental Impact Assessments – one each for the offshore LNG terminal and power plant – and one Initial Environmental Examination for the 500 kilovolt transmission line to Bago Region, in order to obtain an Environmental Compliance Certificate from the government.

Khin Pyone Win said she is worried that the problems they had experienced would only worsen as the project moves ahead. “If there is a lot of damage like this in the early days of the project, it will be worse later,” she said.

“Pashu Yay village residents rely on the Heinze Creek. There are no big boats in the village,” she said, meaning that residents are unable to fish further out to sea.

Hla Htay said he was also concerned about the future. “Even at the [surveying] stage, they say they would resolve [the losses] tomorrow or the day after tomorrow, because they say they are responsible and accountable, but they have done little,” he said. 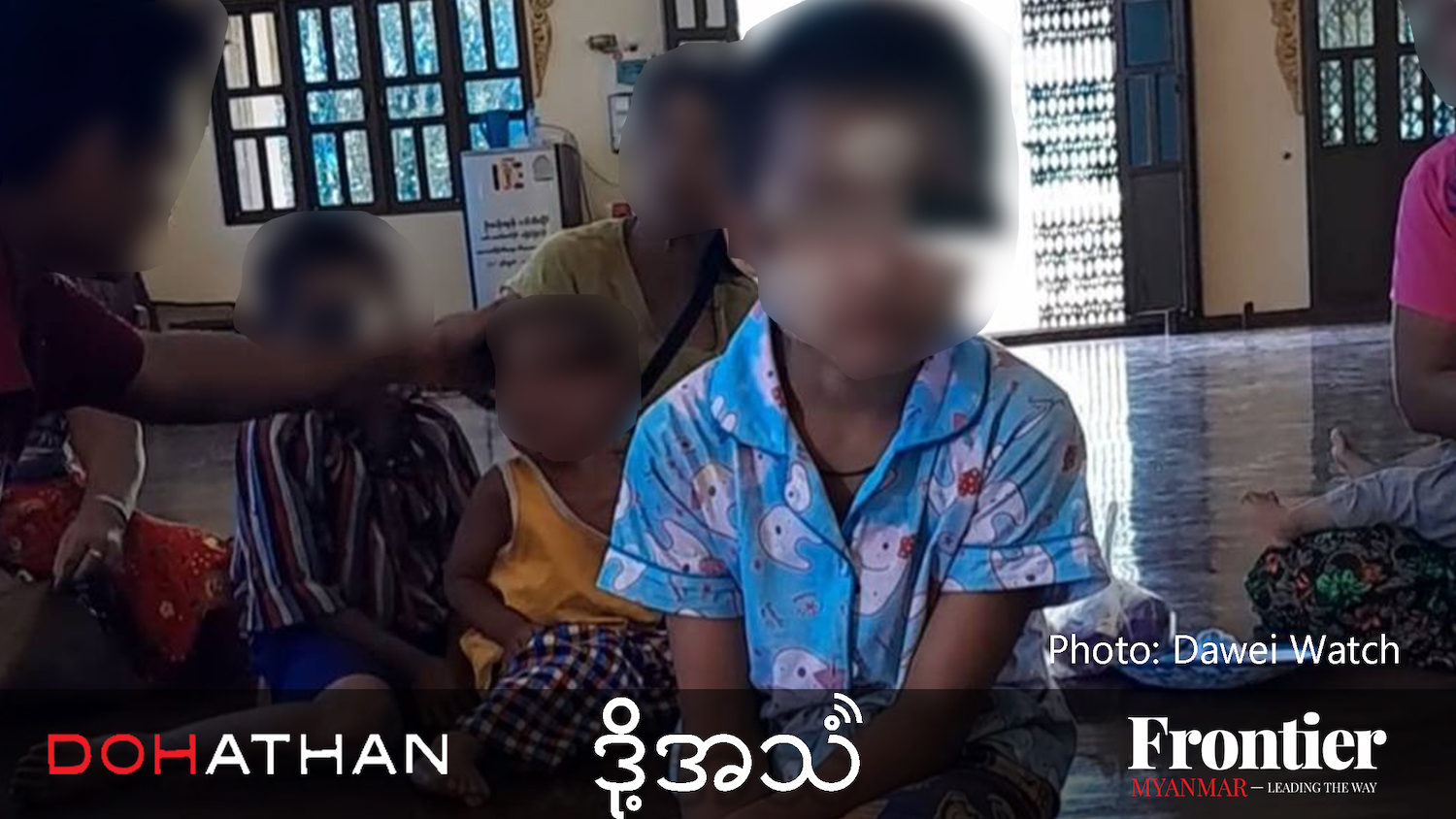