YANGON — Family and friends are in mourning after the assassination of prominent lawyer U Ko Ni outside Yangon International Airport on Sunday evening, moments after returning from a trip abroad.

A legal adviser to the National League for Democracy and former Supreme Court lawyer, Ko Ni was killed by a shot to the head while waiting for a taxi outside the new international terminal shortly before 5pm.

A photo widely shared on social media taken seconds before the assassination showed a man in a pink shirt at point blank range, aiming a gun at the back of the head of Ko Ni, who was holding his young grandchild.

The killer was named as U Kyi Lin, from Mandalay, who also shot and killed U Nay Win, a taxi driver who pursued the shooter during his attempted escape. Nay Win is survived by a wife and three children, according to a report in the Myanmar Times.

No motive for the killing has been given, and Kyi Lin is now in police custody.

Ko Ni was returning from a trip to Indonesia, together as part of a delegation that included Minister for Information U Pe Myint and high-ranking individuals.

“He was one of the strongest people in the NLD for legal affairs,” said senior party official U Win Htein. “He was an expert for constitutional affairs and gave important advice to the NLD. It is a huge loss for the NLD and I feel deeply sorry,” he said.

Ko Ni was one of the most high profile Muslims in Myanmar. He regularly spoke about the need for religious harmony in the country, calling the four so-called “race and religion laws” enacted by the U Thein Sein government “ridiculous”. Critics regarded the laws as a deliberate measure to target Myanmar’s Muslim minority.

He was also highly critical of the military-drafted 2008 constitution. In an interview with Myanmar Now published in February last year, Ko Ni said it was “a fake federal constitution”. 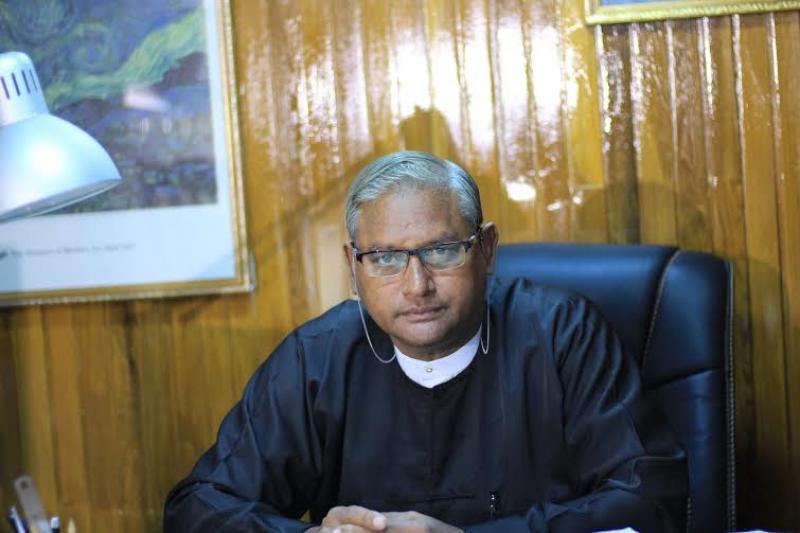 Since his death, tributes have poured in for the Yangon native.

His daughter, Ma Yin Nwe Khine, called her father a “hero” and expressed pride in the work he had done for his country.

Rights groups immediately called on the government to conduct an impartial and thorough investigation into the killing.

“His death will send shock waves across the human rights community in the country and beyond, and the authorities must send a clear message that such violence will not be tolerated and will not go unpunished,” said Mr Josef Benedict, Amnesty International’s Deputy Campaigns Director for Southeast Asia and the Pacific.

In a statement published on Sunday, the International Crisis Group also called for a full investigation and said the incident could potentially inflame religious tensions in the country.

“The killing also underlines the urgency of the Myanmar and society coming together to condemn all forms of hate speech, confront it wherever it occurs, and take resolute action against those responsible for disseminating it,” the statement said.

“We condemn the assassination of U Ko Ni, which was a mean act of terrorism against the NLD’s policy. We urge NLD members to carry on their political processes and to respond calmly,” the statement said.