Frenchman jailed for one month with labour for flying drone

NAY PYI TAW — A French tourist has been sentenced to one month in prison with labour for attempting to fly a drone near Myanmar’s parliament, a court official said Wednesday.

Mr Arthur Desclaux, 27, was detained on February 7 in the capital and charged under an export-import law which forbids the use of “banned goods” brought in from abroad without obtaining a license.

Myanmar has tight restrictions on drones used in the country, especially around religious and government sites.

Desclaux “confessed” his ignorance about these laws, Judge Sulab Yadanar Oo told the courtroom after the hearing.

“We gave him a light sentence — one month imprisonment with labour was given to him as he confessed with sincerity that he was guilty,” the judge said.

Speaking outside court after the verdict was delivered, a French embassy official said they were “satisfied that his good faith” was taken into account by the judge in the sentencing.

“That said, a month in prison is still a lot for a simple tourist,” said consul Mr Frederic Inza, adding that the embassy will start making sure tourists know the risks.

“We fear that other people might be in the same situation because the use of drones are becoming more and more common.”

The harshest sentence for the law could see offenders spending up to three years in prison.

In 2017 journalists Mr Lau Hon Meng from Singapore and Ms Mok Choy Lin from Malaysia were making a documentary for Turkish state broadcaster TRT when they were detained in October 2017 along with Myanmar reporter Ko Aung Naing Soe and driver U Hla Tin.

They were flying a drone outside the sprawling parliament complex, and confessed to the act thinking that they would receive a fine.

Instead, the four were sentenced to two months in prison under Myanmar’s aircraft act. 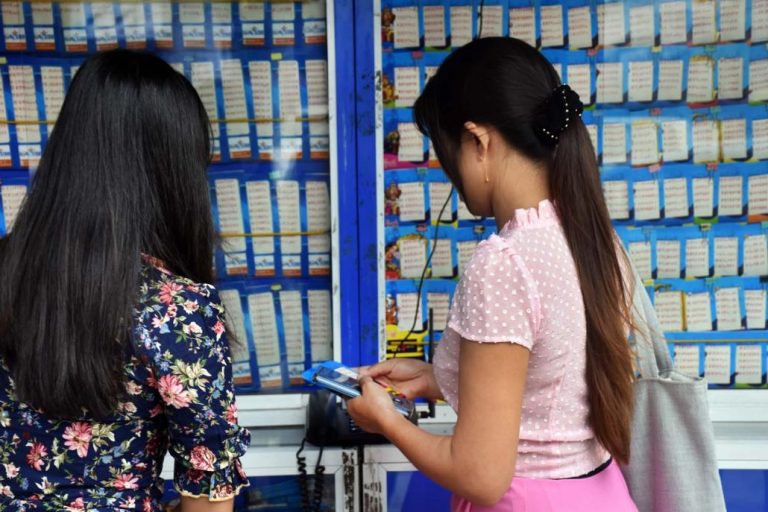 Ticket sellers have reported a rebound in sales for the state-run Aung Bar Lay lottery but demand remains well down on pre-coup levels due to a consumer boycott that is denying the junta tens of millions of dollars in revenue each year.
BY Frontier