Dealing with deadly exploding warehouses, understaffing and sub-standard equipment is all in the line of duty for members of the Myanmar Fire Services Department, who need to ready for action around the clock.

EARLY ON the morning of December 29, 2011, a fire engulfing a warehouse at the Setsan dockyards triggered a massive explosion that left 17 people dead and injured about 80.

It was a black day for the Myanmar Fire Services Department: five of the dead and 31 of the injured were fire fighters.

The alarm was raised at about 1.40am and the warehouse was burning furiously when the U Kyi Win arrived on the scene with other firemen from the department’s Yangon headquarters on Sule Pagoda Road.

A few minutes later the warehouse exploded. Reports at the time said it was being used to store explosives for use by the mining industry. The powerful blast shook buildings and rattled windows rattled throughout inner eastern Yangon and created an inferno that engulfed firefighters, police and onlookers. 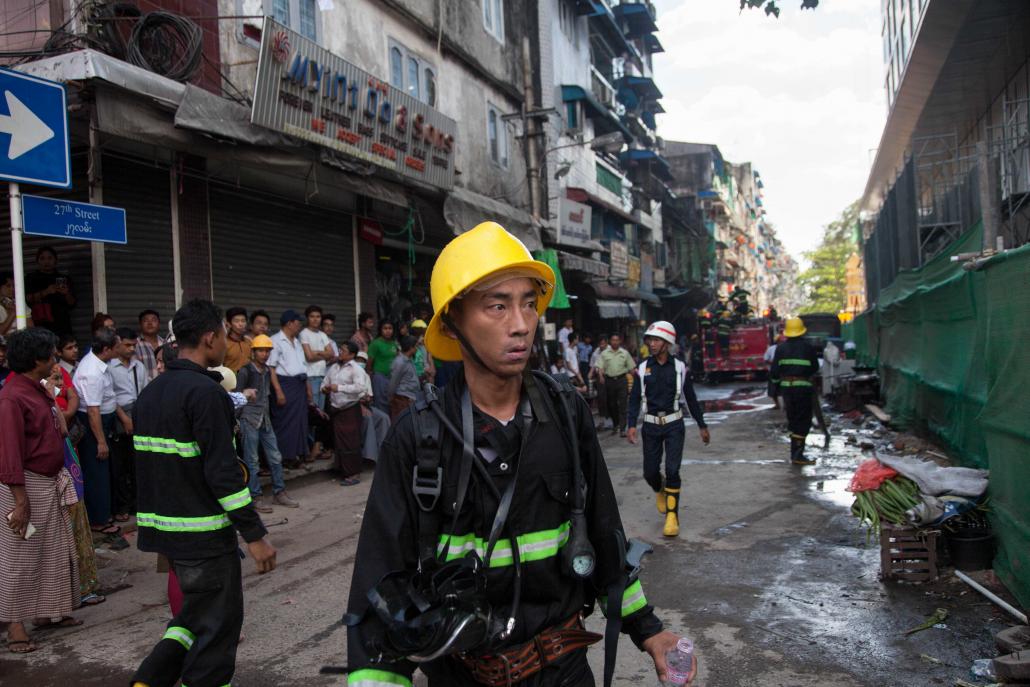 /></p><p>Among the dead firefighters were two from the headquarters, two from the Kyauktada Township fire station and one from Tarmwe.</p><p>The injured included Kyi Win, who in 2013 became head of the Yangon Region Fire Services Department.</p><p>“It’s our job to fight fires but I hope we never have another incident like that warehouse explosion,” he told <em>Frontier</em> recently.</p><h2 class= 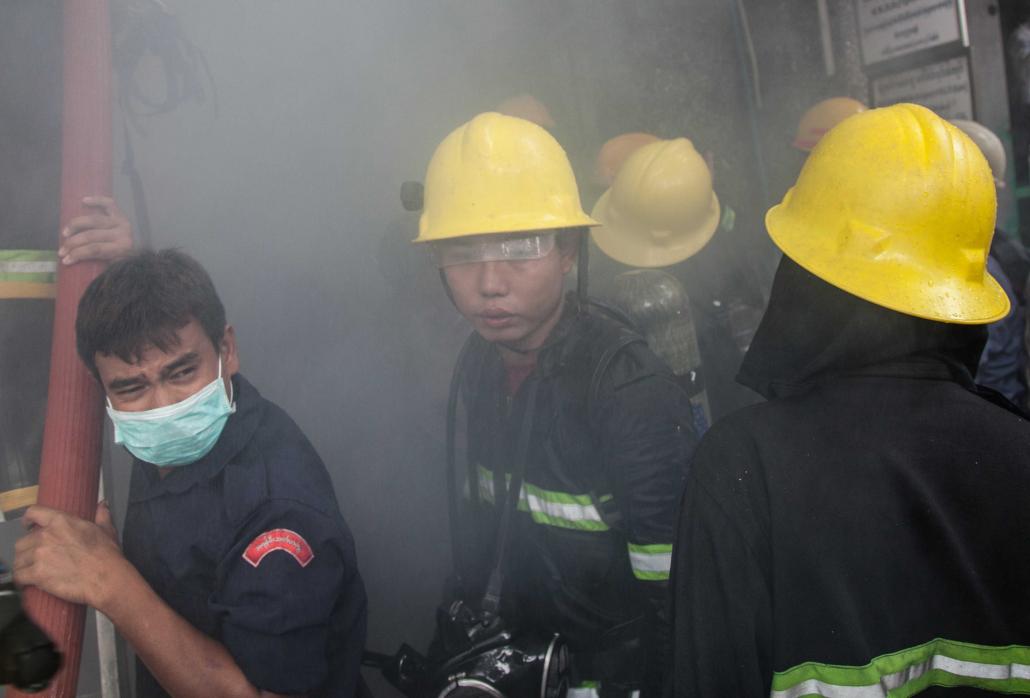 The Mingalar Taung Nyunt incident was the most dangerous and deadly he has experienced during a career as a firefighter that began in 1981. However, it was not his first escape from death or serious injury in the course of duty.

In 1983 he was in a vehicle returning from fighting a blaze that was involved in a collision on a bridge in North Okkalapa Township.

The vehicle was carrying 11 firefighters; four were killed. Kyi Win was lucky to escape with only minor injuries. 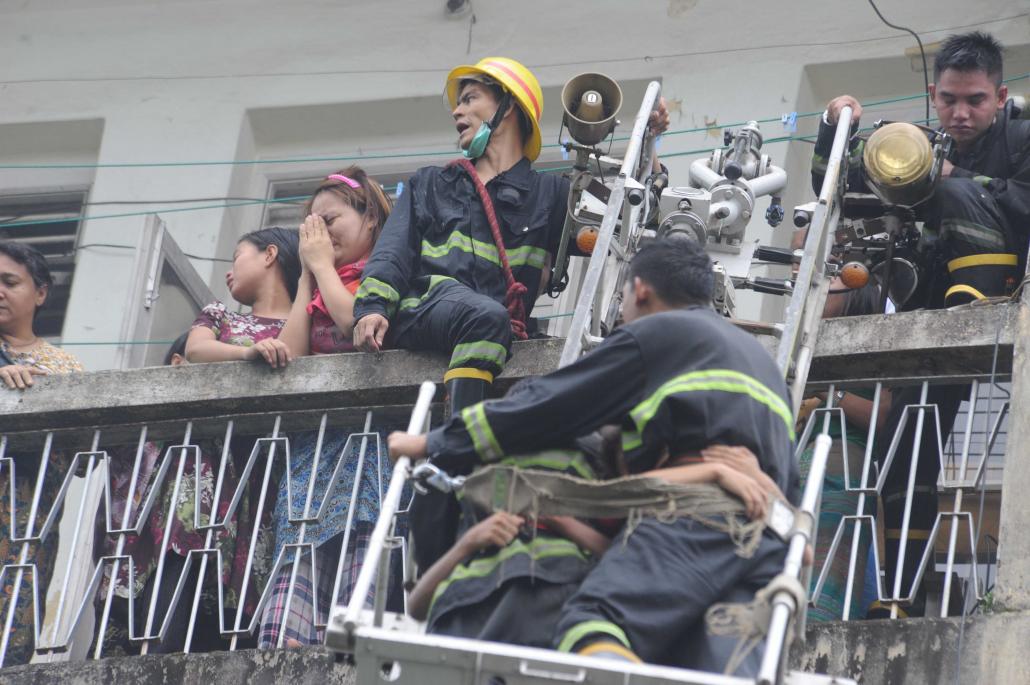 /></p><p>Kyi Win acquired his fire fighting skills at the country’s only training camp for fire fighters, known as Zee Bin Gyi, at Pyin Oo Lwin Township in Mandalay Region.</p><p>Ordinary firemen undergo three months’ basic training. In addition, officers receive six months of management training.</p><p>The training is mostly focused on theory, so when graduates are posted to stations they have little practical experience. Instead, they have to learn on the job, Kyi Win said.</p><p>“I hope the training will change soon so that the trainees are taught practical skills as well as the theory,” he said.</p><p>There are nearly 11,000 fire fighters throughout the country, but the Fire Services Department – which also has more than 300,000 volunteers who provide assistance during emergencies – is badly understaffed. Kyi Win says Myanmar needs more than 26,000 fire fighters.</p><p>“We are training about 2,000 firefighters a year to address the understaffing situation,” U Aung Swe Win, the deputy director of the Fire Services Department told <em>Frontier</em>, adding that the workforce had increased by more than 50 percent in two years as a result.</p><p>He said there was no shortage of applications, although most are for auxiliary rather than permanent positions. New recruits receive a basic salary of K120,000 a month, plus K1,500 a day.</p><h2 class= 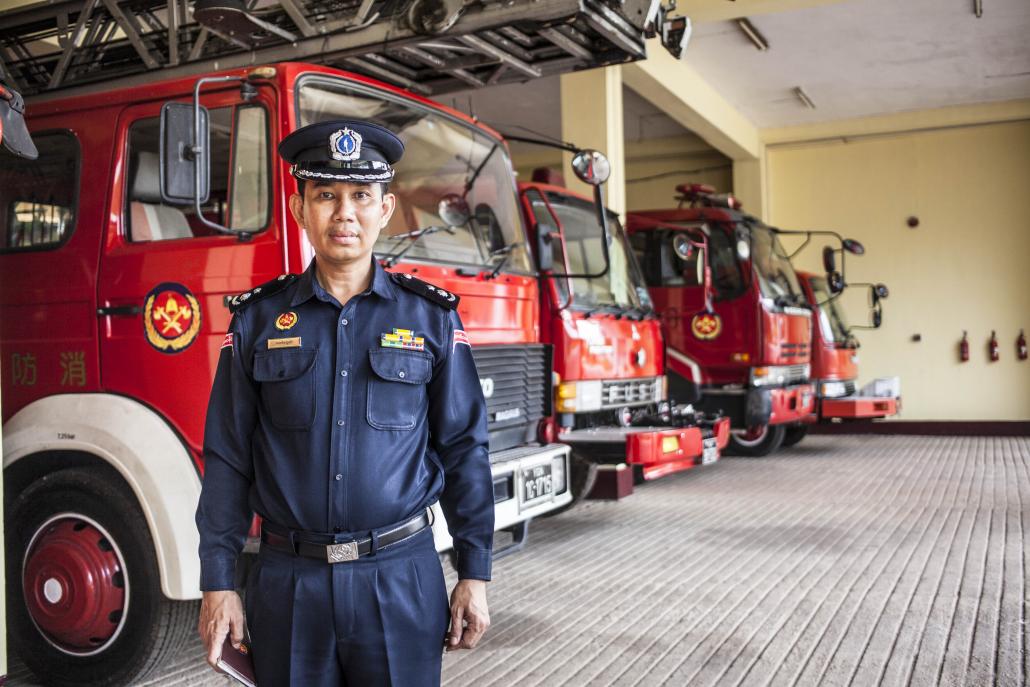 Most are attracted by a sense of adventure. Ko Ye Hein, 26, was a first aid volunteer in his ward in Ahlone Township before training as an auxiliary firefighter. Like other volunteers, he doesn’t receive a salary, but receives a uniform from the department.

“Being a firefighter is just my hobby. I’m a kind of adventurous person, so that’s why I enjoy it,” he said.

As well as training more firefighters, the department is also moving to upgrade its specialised vehicles and equipment. 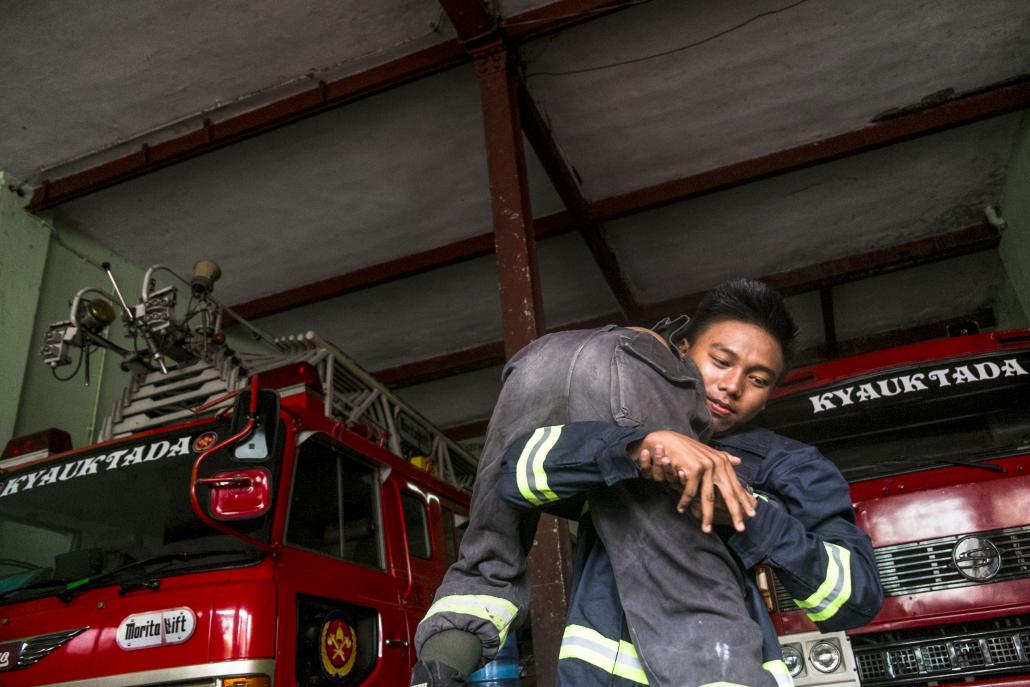 /></p><p>In 2012, the department had more than 1,300 vehicles, including tankers and trucks equipped with pumps and rescue ladders. Of these vehicles, about 500 were out of date, including some three-wheeled vehicles.</p><p>Over the past five years, the number of vehicles has increased to about 3,150, and 300 old vehicles have been taken out of service, Kyi Win said. The government plans to purchase another 65 vehicles, along with protective clothing and training materials, through a 50 million euro (US$56 million) loan from Poland that was recently approved by parliament.</p><p>Aung Swe Win said the upgrade was focused on acquiring better equipment and increasing the number of fire fighters based in rural areas.</p><p>“We are trying to do both,” he said.</p><h2 class= 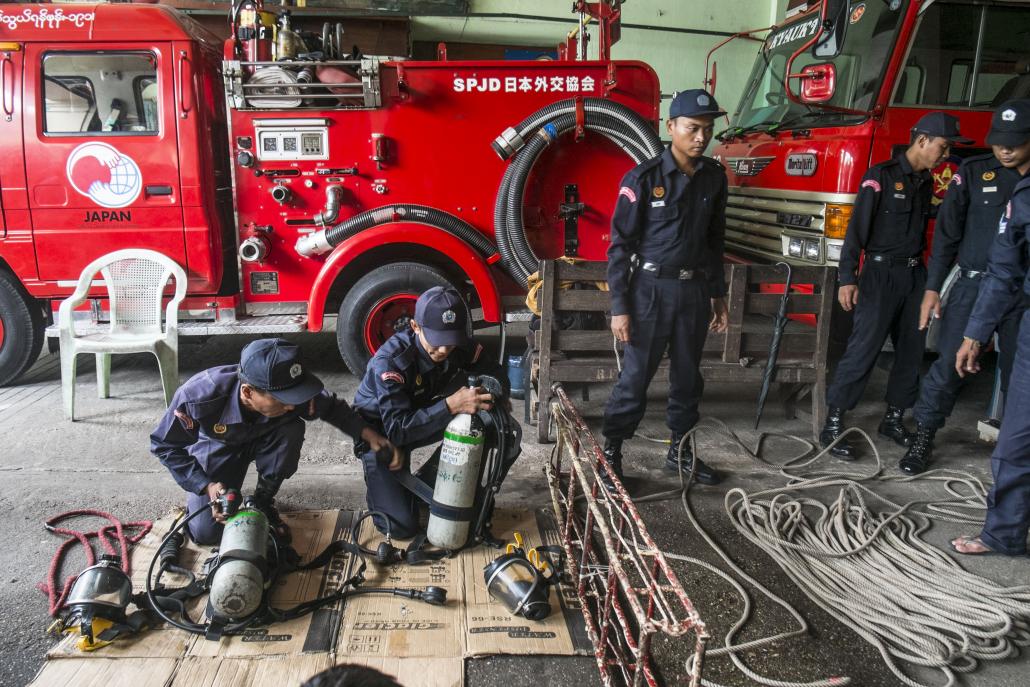 /></p><p>Firefighters enjoy a much better reputation than many other civil servants, particularly police, who are synonymous with corruption. But the Fire Services Department is not without its problems, though. U Myint Soe, a resident of Lanmadaw Township, recalled one that when his neighbour’s house was burning in the 1980s, the owner had to negotiate a payment with the firefighters before they would come to put out the blaze.</p><p>“The owner and firefighters agreed on some payment, a few lakh, and after that the firefighters started working,” he said. “There was so much corruption in the past but it seems to be less common now.”</p><h2 class= 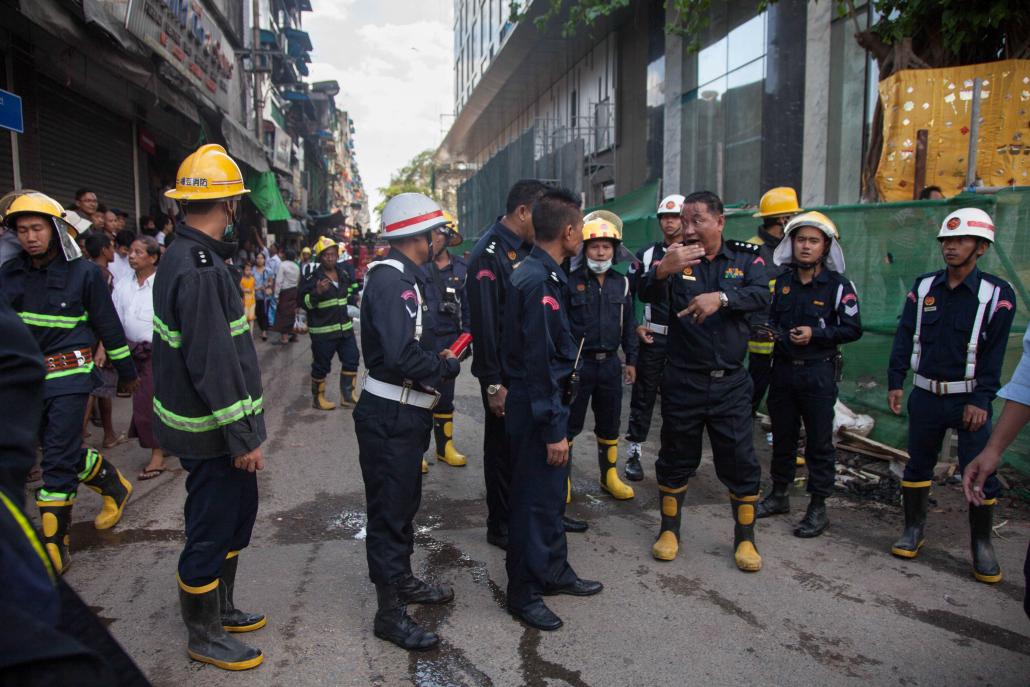 /></p><p>Kyi Win, at least, said he is dedicated to his role. </p><p>“I’m always happy to do my job because we are helping people, protecting their property.</p><p>“Sometimes I would like to relax and unwind with my family but that’s difficult because a fire fighter has to be on duty around the clock,” he said. “But I have no regrets about my choice of career.”</p></body> 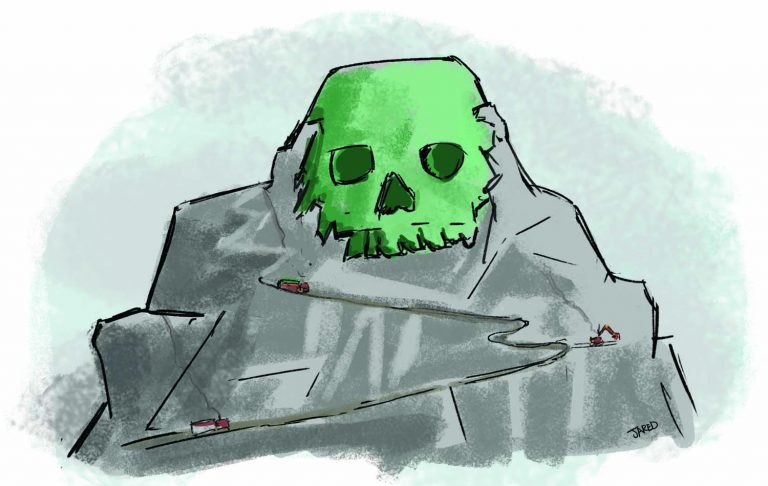 After more than four years in office, the NLD can no longer shift the blame to others for the environmental, economic and human disaster that is unfolding at Hpakant.
BY Frontier 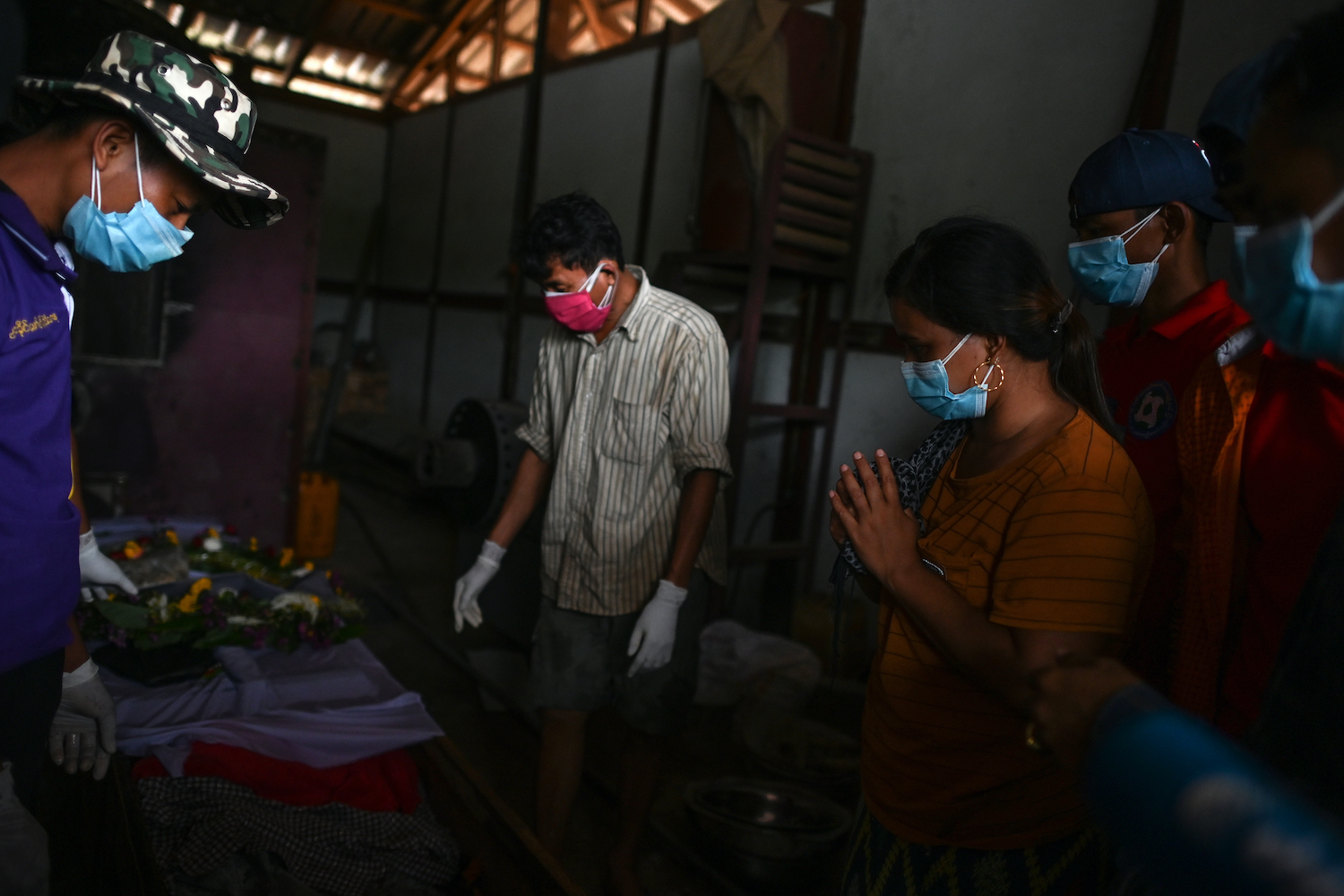 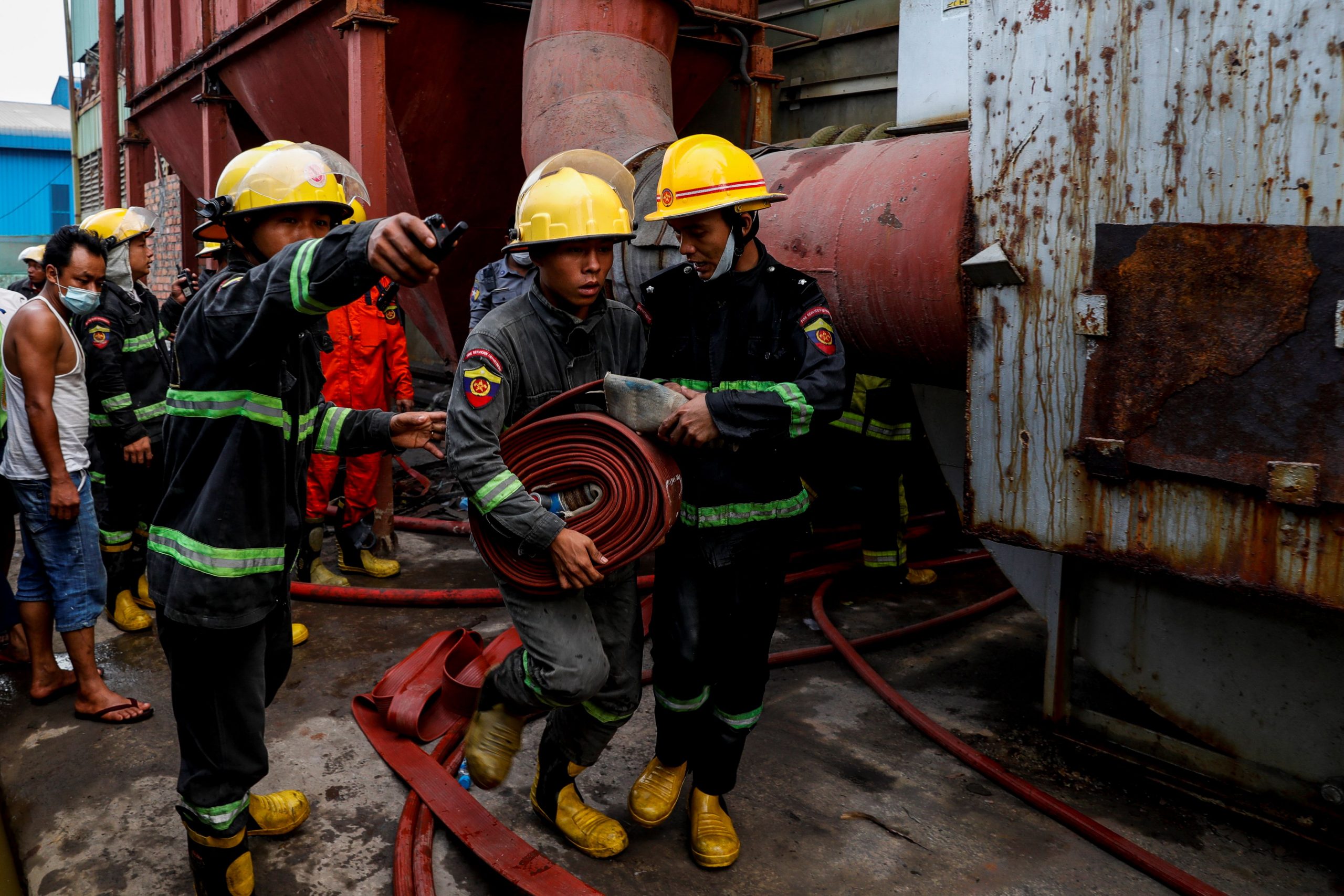 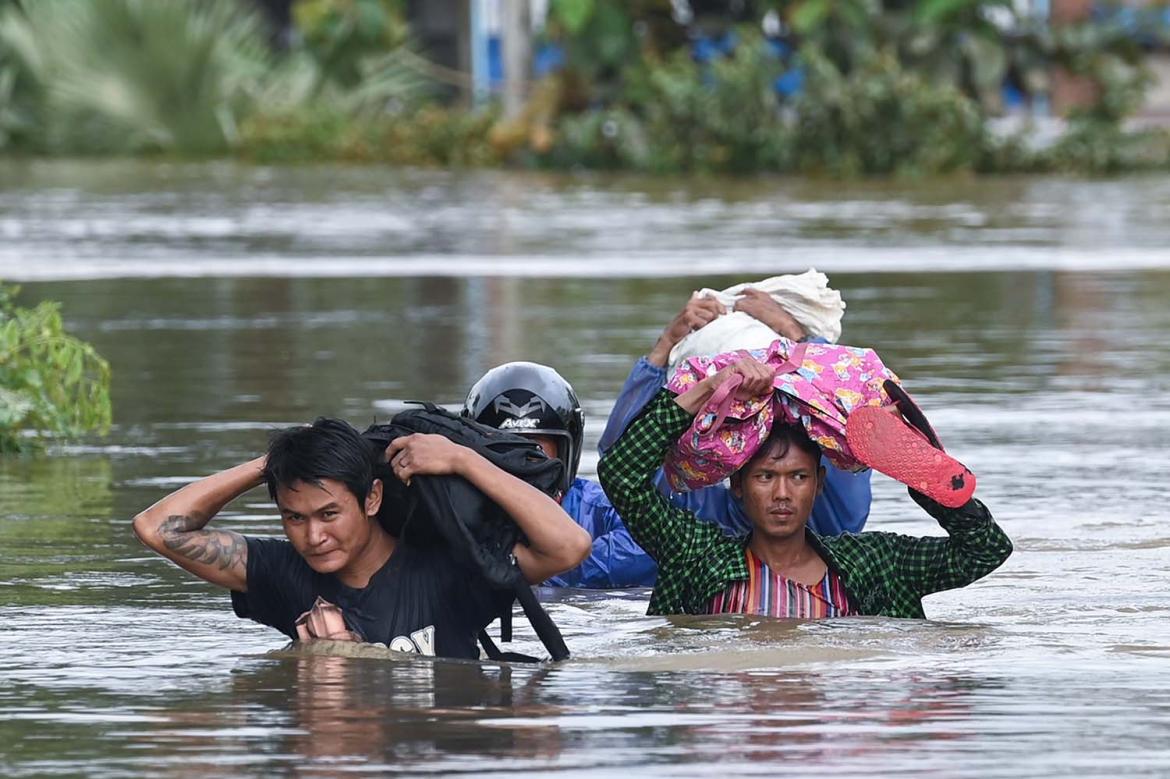