Fixing justice with the tools at hand

How to radically improve criminal procedure in Myanmar without spending much money or having to rewrite any laws.

THIS MAY be the only article you read this year about the rule of law in Myanmar that does not mention universal principles or international conventions. Discussions about rule of law and the architecture of justice can be lofty and abstract. This one, however, is about something closer to plumbing: locating the problem and fixing it with the tools at hand, without spending much money or overhauling the system.

Myanmar’s 2008 Constitution outlines a “consistent objective” of “enhancing the eternal principles of Justice, Liberty and Equality”. This objective is supported by commitments from senior politicians, including President U Win Myint, a former lawyer, and the Attorney General’s Fair Trial Guidebook, published in February this year. This is the lens through which the colonial-era Code of Criminal Procedure should be viewed.

The Code of Criminal Procedure – written in 1898 but still the primary text of criminal procedure in Myanmar – grants crucial powers to the police, the courts and law officers. These are the powers to arrest, to detain, to grant bail, to exclude people from court, to disclose witness statements, to disclose other evidence, and to withdraw cases.

The exercise of these powers needs guidance to ensure clarity, consistency and fairness. Some straightforward modifications in guidance – making explicit what is implicit or implied by Myanmar law, the constitution, and the Fair Trial Guidebook – would bring about substantial improvements in criminal practice, without the need for new legislation.

Below is a fictional case, inspired by routine practices observed in Myanmar’s criminal justice system, which shows what can go wrong and how easily improvements could be made. 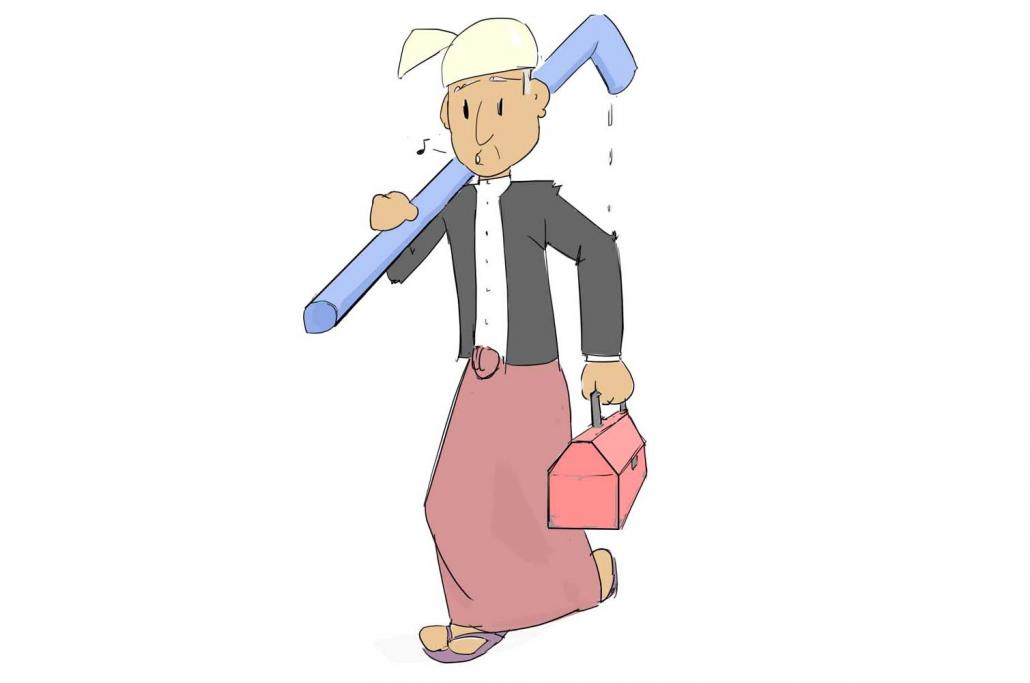 The case of the shopkeeper and a stolen car

U Ye Maung is the wealthy owner of a construction company. U Zarni is the father of three children who, with his wife, owns three shops downtown. He went to school with Ye Maung, who has nurtured a grudge against him for many years. Ye Maung visits his mistress every Monday from 3pm to 5pm in a 36th Street apartment. One Monday, on May 15 2017, he leaves the apartment and discovers that his blue Nissan X-Trail has been stolen.

Ye Maung visits the police station and makes a complaint. He says Zarni has stolen the car and demands he be arrested and “taught a lesson”. Ye Maung says he has evidence and will provide it over the next few days. However, on Ye Maung’s word alone, the officer-in-charge decides that Zarni should be arrested and orders two police officers to investigate.

The power of arrest

The police officers arrest Zarni at 4.45 the next morning. He asks why, but they refuse to explain.

The power to detain

Zarni is taken to the police station. There is no review of the decision to arrest, Zarni is not told that he has the right to a lawyer, and he is not allowed to contact his wife. He is a vegetarian but he is served meat curry, and he is not provided with the medication he needs. He is not told how long he will be detained for, and he is still not told why he was arrested. Zarni is remanded in custody.

Guidance ought to be prepared that sets out the responsibilities of an officer-in-charge. These include reviewing arrests and proposed detentions, informing detainees of their right to a lawyer, and being responsible for the welfare of the detainee. Notices should be displayed and leaflets provided in police stations informing people of their rights.

The power to grant bail

The police do not grant bail and the judge refuses bail for Zarni, who is kept in custody for the duration of his case. This happens despite the fact that Zarni had never been in trouble with the police before and there was no reason to believe he would interfere with witnesses or fail to appear in court.

Guidance ought to state there should be a presumption in favour of bail. Bail should only be refused if there are good grounds for believing the arrested person would abscond, interfere with witnesses, or commit further offences.

The power to exclude people from court

A young man, Ko Thiha Kyaw, has no involvement in the case but wants to be a lawyer one day. He visits the court for Zarni’s hearing in order to learn about the court system. However, on noticing Thiha Kyaw, the judge says, “I don’t think it is fair to allow strangers into court. We are not here to further your education. Please leave.” Thiha Kyaw leaves.

The constitution and the Code of Criminal Procedure state that courts are “open”. They could be in reality if every court were required to display posters reading, “This court is open. If you disrupt the proceedings in any way, or seek to film or record the proceedings then you will be required to leave”, and if the media were informed of what is happening and local civil society were permitted to monitor and report on hearings at their local court.

If those simple steps had been taken, Thiha Kyaw would have been able to exercise his right to attend the hearing. With appropriate guidance in place, the judge would be able to exclude people only if they were causing a disturbance or illegally recording court activity.

The power to disclose witness statements

Zarni’s lawyer Daw Aye Myint submits a request to the court for copies of the witness statements made to the police. The judge refuses the application, saying that she was surprised that Daw Aye Myint had even made the request because that is not how things are done in Myanmar. It is therefore difficult for Aye Myint to prepare the defence case, because she does not know what the evidence against Zarni is.

Whilst the right of the defence to have copies of witness statements made to police is clearly set out in the Code of Criminal Procedure, very few requests are made in Myanmar, and even fewer are granted. Guidance should be prepared that reminds practitioners that the defence has a statutory right to receive them as soon as the court hearing begins.

The power to disclose other evidence

The police obtain five witness statements for their case against Zarni. They also have in their possession a letter from a neighbour of two of the witnesses that says she overheard the witnesses saying they hated Zarni and would do anything to get him sent to prison; a record of another witness’ previous convictions that shows he had been imprisoned twice for giving false evidence in court; and CCTV footage that shows someone else stealing the car. This critical evidence is not provided to the defence.

Early access to all the relevant evidence held by the police is of critical importance for justice. Pilot courts are now being introduced with strict timetables, as part of government efforts to speed up cases. It is essential that these do not prioritise efficiency over justice.

Guidance ought to require that police provide the defence with all relevant evidence if there is the potential for a “not guilty” plea. Without this information, Aye Mint cannot properly prepare her defence. Justice is denied.

The power of the law officer to withdraw cases

Somehow, Aye Myint obtains the witness statements and the other evidence. She then meets with the law officer, who has the power to withdraw cases. Aye Myint points out that there is no realistic prospect of a conviction given the evidence, but the law officer refuses to withdraw the case. He agrees that there is very little evidence against Zarni and that there is no prospect of a conviction, but he explains that the police want the prosecution to continue and he believes that the judge should decide.

The case against Zarni would fail both tests, and the law officer would withdraw the case.

The end of the case

The judge hears the prosecution’s evidence and decides that there is no case to answer. Zarni is released. However, because of the many adjournments the case is not dismissed until Friday May 25 2018. Zarni has been in jail for over one year, for no good reason.

Though this case is invented, similar miscarriages of justice are commonplace in Myanmar. For example, the author reviewed a case where there was no credible evidence against a man who was held in custody during a lengthy criminal investigation and court hearing. After 444 days, despite being innocent, he was told that if he pleaded guilty he would be sentenced to one year’s imprisonment and released immediately for time served. Desperate to get back to his family, the man told the court he was guilty and was released.

If guidance had been in place for the police and law officers, this case would have been dropped before it had started, and this innocent man would not have been jailed for 444 days. Cases like this explain why there is so little public trust in the criminal justice system.

Whilst drafting appropriate guidance would require close care and attention, it would be a relatively straightforward reform that would not require laws to be changed or new ones to be written. The proposed guidance is already implicit or implied by existing laws and commitments. Indeed, there are many examples in other postcolonial common law jurisdictions that could provide the basis for guidance adapted to the Myanmar context.

If this were to happen, there would be an immediate improvement in criminal justice procedures and in the public’s trust and confidence in the legal system.

Stephen McNamara is a practising UK lawyer and spent 2017 at the Yangon Justice Centre. This analysis was commissioned in September 2018 by the Tharthi Myay Foundation, a Myanmar NGO supporting local groups working on land, law and gender issues. The detailed arguments and statutory analysis can be obtained from McNamara at stephenmcnamara55@gmail.com. 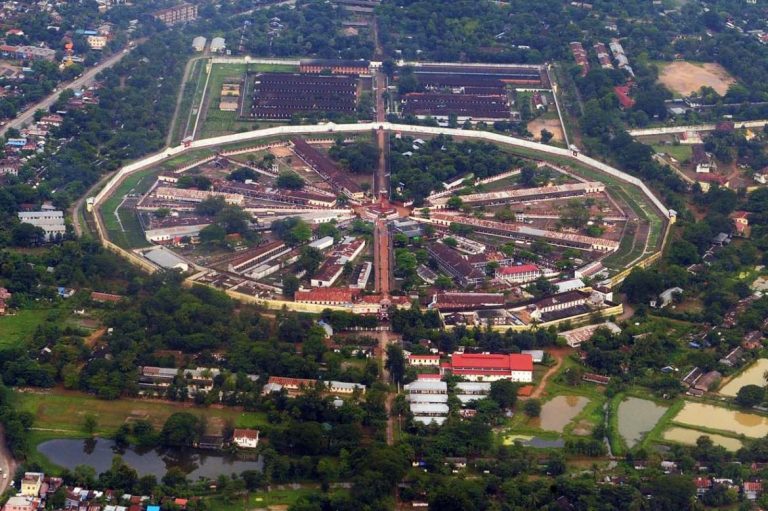 The young activists were arrested at an anti-coup march on March 3 and are presumed to be being held without charge at Insein Prison, but authorities are refusing to give answers.
BY Frontier