It only took the slightest hint of an official challenge for Ma Ba Tha to back down from their inflammatory rhetoric. Why didn’t it happen years ago? 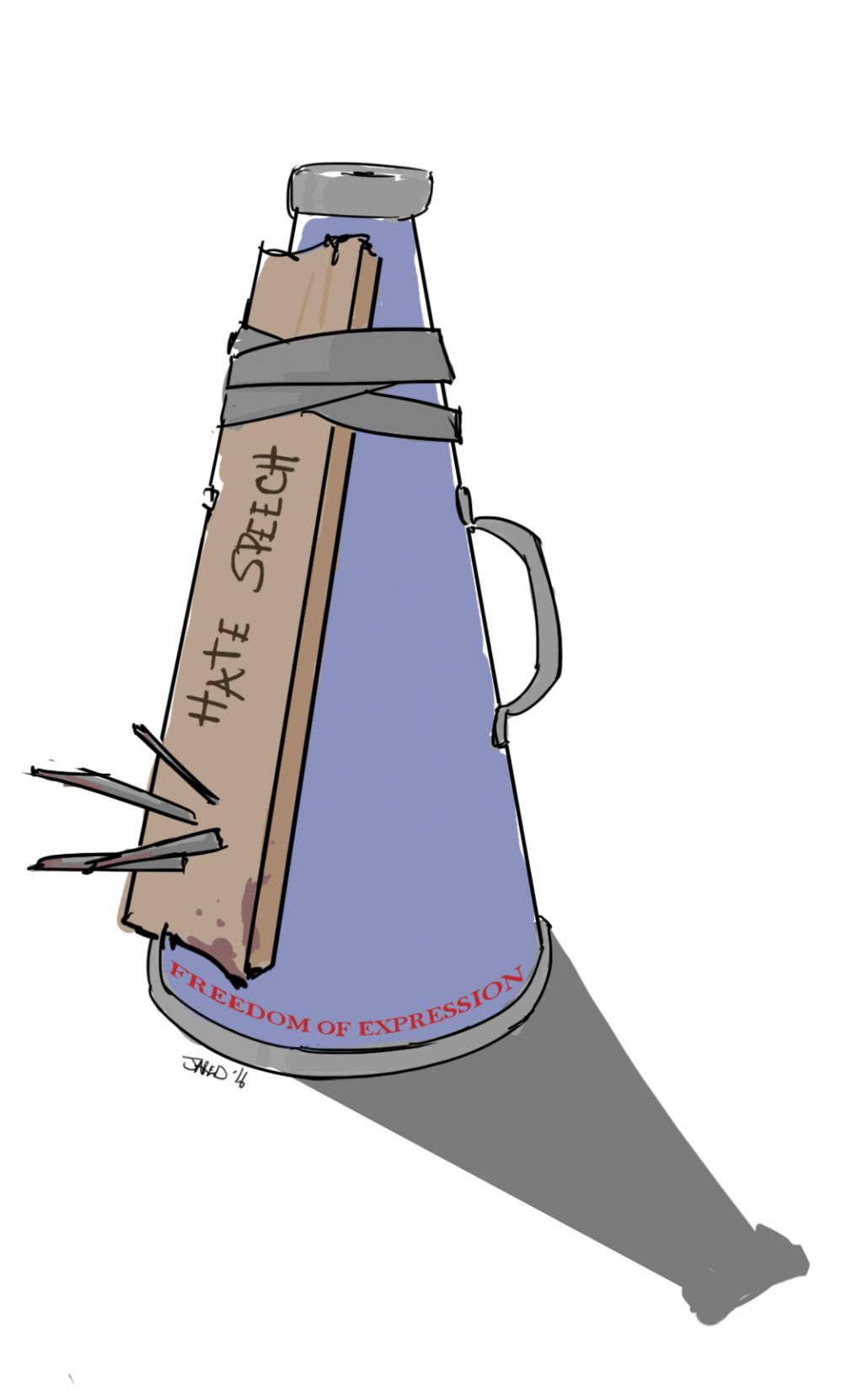 TWO years ago this month, groups of men descended upon a teashop in Mandalay armed with knives and sticks, hurling rocks and shouting abuse. Even after the police moved in to disperse the crowd, the tense atmosphere lingered in the royal city. Over the following few days, two people were killed and dozens more injured.

The riot had an unmistakable provenance. The Muslim proprietor of the teashop was accused of raping a Buddhist employee, an allegation that would have most likely otherwise gone unnoticed had it not been published by U Wirathu on Facebook. Unfazed by the violence, Wirathu – who had spent almost a decade in jail under the military junta for his anti-Muslim sermons – defended his use of social media, telling the Wall Street Journal that he only ever posted “verified information for the protection of race and religion.”

The post about the alleged rape was not verified. Five people were sentenced to long prison terms for concocting what transpired to be a totally false accusation: the two brothers who had masterminded the scheme were business rivals of the teashop owner, who had conspired to put him out of business.

Wirathu was unchastened. Last year he was forced to recant another accusation of a Muslim man sexually assaulting a Buddhist women. It later transpired that the perpetrator was himself Buddhist, but Wirathu defended his claim, saying the man committed the act because he had the mind of a “kalar” – a derogatory term for people of subcontinental heritage.

It is an indisputable fact that Wirathu has a history of bending the truth to suit his ends. He has always denied responsibility for fomenting anti-Muslim unrest, but a report by US rights group Justice Trust in 2015 noted a pattern of events preceding bouts of violence in several cities that have claimed the lives of hundreds since 2012: a rape allegation and a subsequent appearance and public sermon by none other than — you guessed it — Wirathu. Following the horrific violence in Meiktila in 2013, he claimed in an interview with The Irrawaddy to be committed to working with Myanmar’s Muslim community. At the same time, he was leading a campaign to encourage the boycott of Muslim businesses.

For centuries, Myanmar and Buddhism have been intertwined. The religion plays a key role in the lives of its population. Its pagodas are objects of awe and beauty. The history of its clergy is inextricably linked with the tumult and struggles of its recent history. One need only to step into the street early one morning to witness the reverence Myanmar people pay to its monks and nuns.

But Wirathu is not the custodian of this history; he is not the defender of these traditions. He is someone who has preyed upon the resentment and anger of his followers for violent and capricious ends.

The message Wirathu and his acolytes spread did not emerge from a vacuum, but Ma Ba Tha lent legitimacy to these widespread fears and gave succour to those who used them as a pretext for violence. The previous government truckled to Ma Ba Tha; some of its senior members were prominent supporters. Leading monks who criticised the tenets of Ma Ba Tha’s message were ostracised, ignored or targeted for abuse, while religious authorities stayed aloof.

For that reason, it was surprising – and a touch gratifying – to see the Sangha and leading political figures issue such a public and unreserved rebuke of Ma Ba Tha last week. On the back of this, news emerged that Wirathu was facing possible criminal charges for comments made about a UN representative last year. Ma Ba Tha’s abrupt decision to call off the absurd threat to launch nationwide protests denouncing Yangon Chief Minister U Phyo Min Thein, much like its feeble intervention in last year’s election, indicates that the broader public does not share the group’s priorities and paranoid worldview.

This rebuke was long overdue. Lives were needlessly lost, and communities divided because the previous government had neither the inclination nor the courage to confront Ma Ba Tha and Wirathu earlier. Those deaths were a collective failure that deserve to weigh heavily on many consciences. Let’s hope they are a thing of the past.

This editorial originally appeared in the July 21 issue of Frontier.