Exponents of one of Myanmar’s traditional martial arts are fighting to revive its popularity but face challenges from a younger generation more interested in other fighting techniques.

Enthusiasts are calling for efforts to revive the popularity of thaing, the traditional martial art believed to have originated during the Bagan Empire in the 9th century.

There are references to thaing in chronicles about Myanmar’s ancient kings and one story from the 14th century, during the reign of the Hanthawaddy king, Yazadirit, highlights the prowess of thaing fighters.

According to the story, the Mon hero Thaminbaran went into battle against a much-feared Chinese warrior, Garmani, who had defeated all before him. Using his thaing skills, Thaminbaran defeated Garmani and chopped off his head. 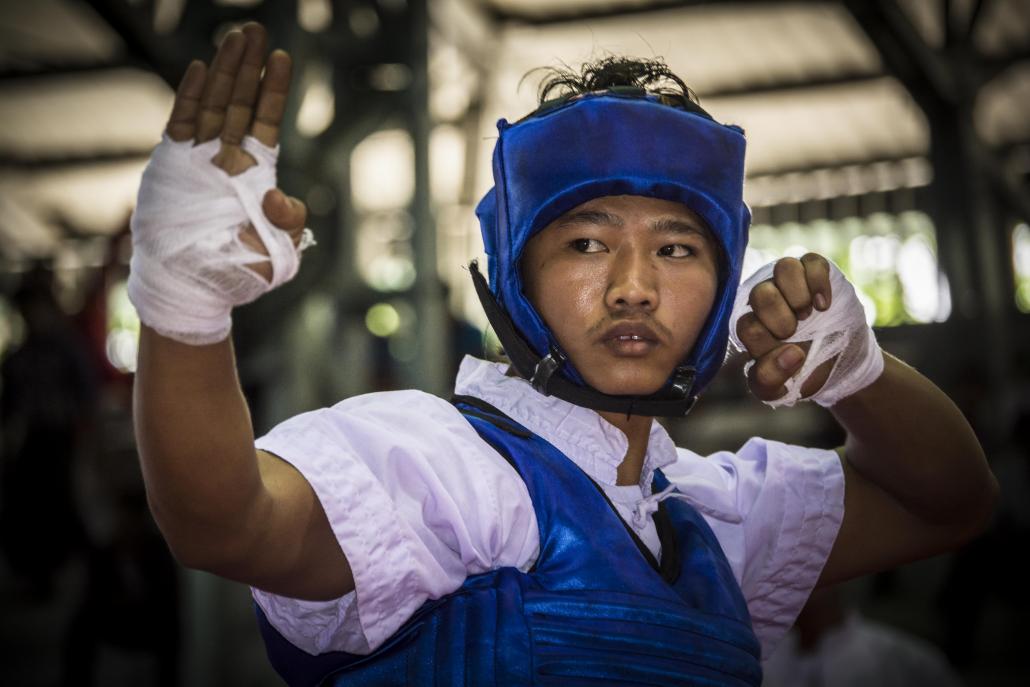 There are two categories of thaing, said Daw Yupar Thein, 61, chief instructor of the Myanmar Thaing Federation. One is known as “banshay” and involves the use of weapons and the other is “bando”, the unarmed equivalent.

The traditional form of boxing known as “lethwei” falls into the category of bando, she said.

“Today’s young people have less interest in Myanmar thaing,” said Yupar Thein, who has practiced the martial art since she was 12. Young people are more familiar with wushu and taekwondo, she said.

“In summer schools, parents send their girls for training, but do not send them to thaing training because they are scared they might break their limbs. This is not true, we need to educate people and promote the popularity of thaing,” she said. Instructor U Lyn Oo Naing, who has 10 years’ experience in the sport, believes the popularity of kung fu stars such as the late Bruce Lee are one reason for the declining interest in thaing.

“The media and movies are an important factor in the lack of interest,” he said. “Once upon a time, in the schools of U Soe Myint [a popular martial arts trainer in the 1980s and 1990s, also known as Kung Fu Soe Myint] there were many trainees in bando and kung fu,” he said. “U Soe Myint himself confessed that it was Bruce Lee who had helped him earn his living,” said Lyn Oo Naing. 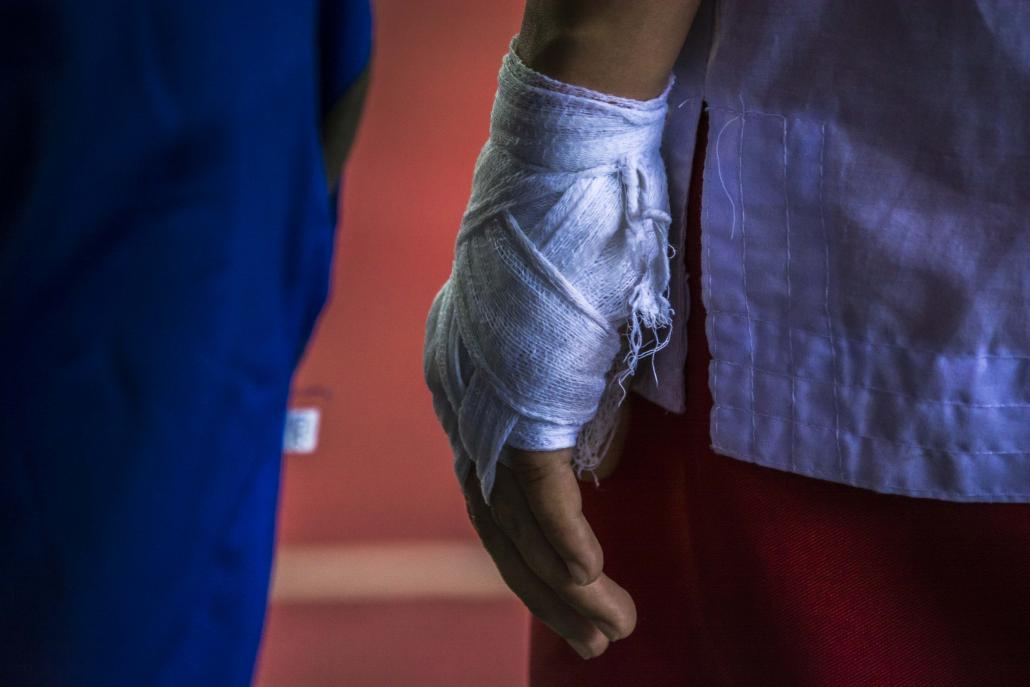 A 1960s movie, “The Beauty and the Bando Boy”, in which the lead character, played by the famed Nyunt Win, was skilled at bando, was said to have contributed to an increase in the sport’s popularity.

Lyn Oo Naing expressed regret that few good quality movies were being made about thaing.  Although there are many different styles of thaing, most directors are unaware of them and their characters fight in the same style, he said.

One of the reasons for the popularity of Chinese-made movies is the different fighting styles of the lead actors.

For example, stars such as Hong Kong’s Donnie Yen are exponents of wing chun, a form of kung fu, and have helped to make it popular around the world. Movies about traditional Thai boxing, muay thai, have also increased its popularity both within Thailand internationally. 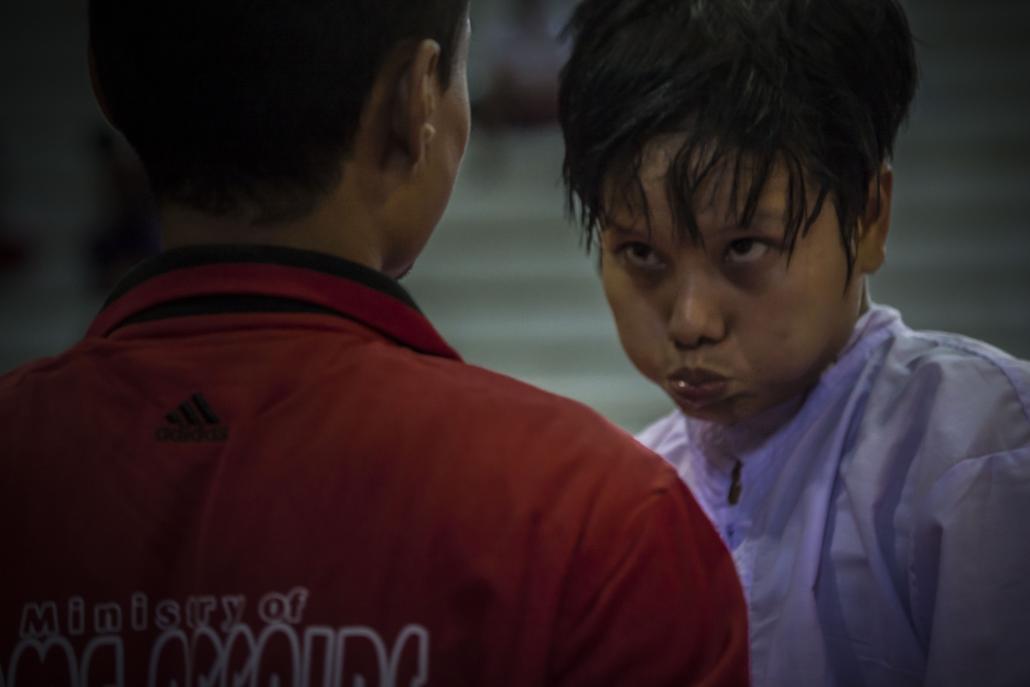 “If we could do the same, thaing sport could become more popular,” Lyn Oo Naing said, adding that the banning of thaing during British colonial rule was another reason the decline in its popularity. Patriots who wanted to drive out the British, and later the Japanese, would often practice thaing in secrets in the jungle, he said.

U Aung Naing Oo, secretary of MTF, agreed that the banning of thaing by the British was one of the reasons why popular knowledge of traditional martial arts was poor.

He called for the government to support the re-emergence of the sport.

“Thaing is part of our culture and heritage and is an important martial art. It should be promoted like in Thailand,” said Aung Naing Oo, adding that the MTF’s slogan is “Every Myanmar must know thaing.” 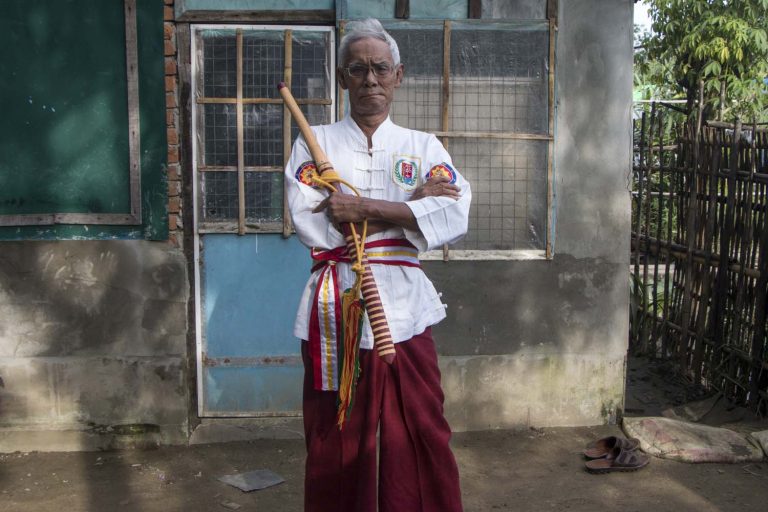