YANGON — A self-proclaimed sorcerer was sentenced to death by a Yangon court on Tuesday for killing three children in an exorcism ritual he believed would banish evil spirits that possessed them.

Black magic practitioner Tun Naing was convicted of beating to death two toddlers and an eight-month-old baby late last year in Twante, on the western outskirts of Yangon Region.

Witnesses said he told villagers the children were possessed by evil sprits before attacking them as their spellbound families watched.

Court police officer Myat Soe said Tun Naing had been given a death sentence for the killings as well as jail time for the charge of greivous bodily harm of another child caught up in the rituals.

Myanmar still has capital punishment on the books but has not executed anyone for decades, so the sentence may end up being commuted to 20 years in jail.

“He was sentenced to death today by the district court, along with a seven year sentence,” Myat Soe told AFP. 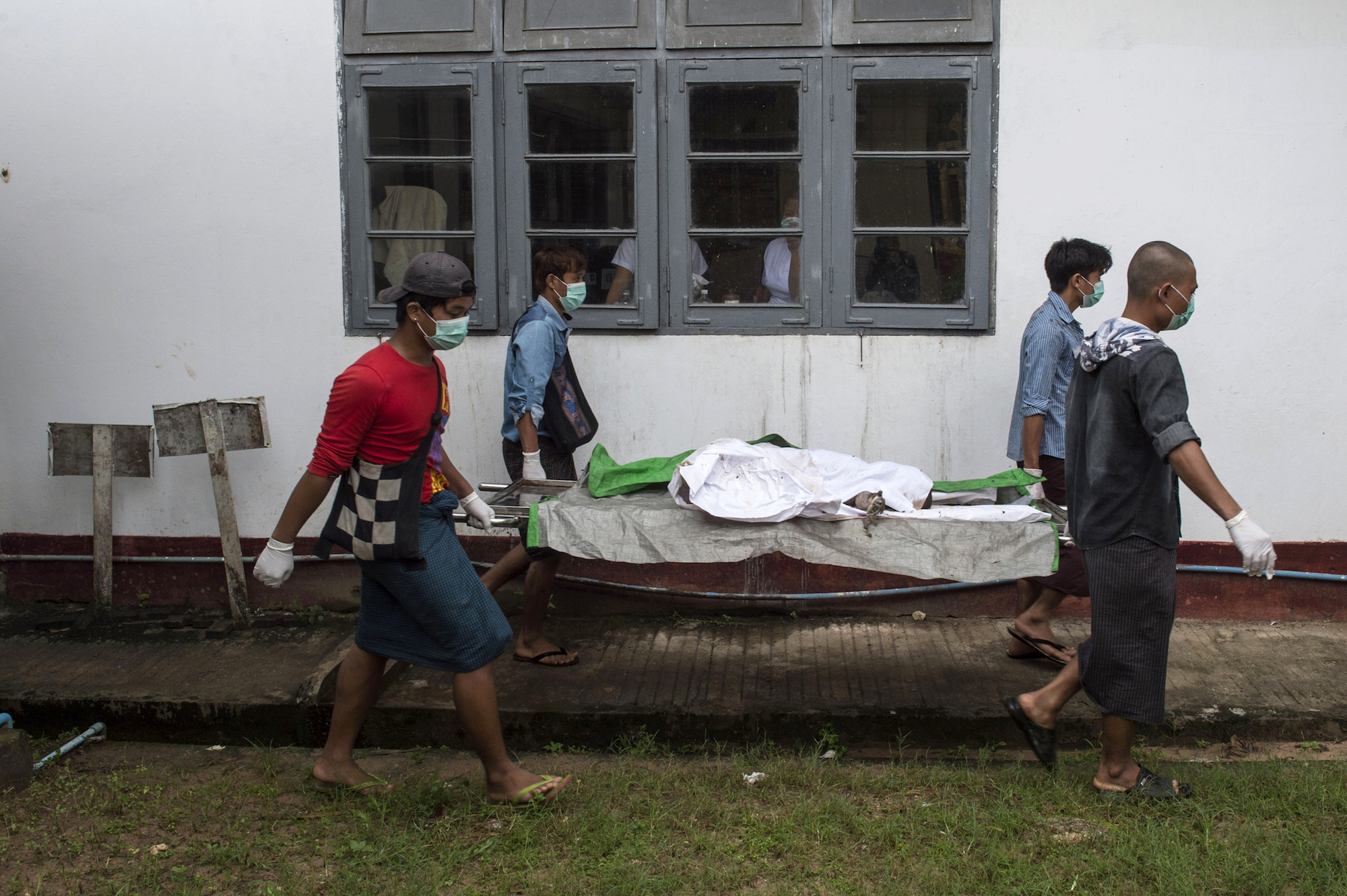 Hospital workers carry the body of three-year-old Nay La Linn, a victim of an exorcism ritual, out of the morgue of Twante Hospital last year. (AFP)

The case of the three children in October shocked many in Myanmar.

Hospital workers alerted authorities after the father of another little girl who had been beaten brought her to hospital covered in bruises.

Speaking outside a court hearing in November, Tun Naing told reporters he had been possessed by a “dark spirit” when he attacked the children.

Witnesses said villagers, including the children’s families, lost their senses after he fed them “blessed” water and made them stand in a circle as he recited incantations.

While the majority of people in Myanmar are Buddhist, many also believe in spirits, astrology and “yadaya” — magic used to ward off evil or misfortune.