Dialogue or despair: Two futures for the peace process

The breakdown in trust between nationwide ceasefire non-signatories and the government and military can only be overcome through better communication, and in particular regular informal talks.

THE PEACE process in Myanmar is suffering from a lack of sustained dialogue, a shortcoming that must be addressed immediately.

If action is not taken, the groups that have not signed the nationwide ceasefire agreement will remain outside the official peace process. This means they will be unable to participate in the 21st Century Panglong meetings, the next of which is scheduled to start on February 28.

This will severely damage the credibility of the government’s political dialogue process, which is aimed at ending long-running conflicts.

Events of recent months have significantly complicated the peace process. In November 2016, the Northern Alliance – comprising four armed groups that have not signed any truce with the government – launched an offensive in northern Shan State. They attacked Muse, a major trading point in northern Shan State near the Chinese border, and managed to seize the adjacent town of Mone Ko.

As anticipated, the Tatmadaw hit back with fighter planes, attack helicopters and ground forces, relentlessly bombarding the Northern Alliance positions. At the same time, the Tatmadaw launched sustained assaults on positions held by the Kachin Independence Army and has taken one stronghold after another.

The Tatmadaw considers the KIA the real power behind the groups based along the China border. Its military strategy seems aimed at not only taking KIA positions but also cutting off its economic lifelines.

We are witnessing the lowest point in the peace process since it was launched in August 2011. The all-out military offensive against the NCA non-signatories means that what little trust they had in the government has vanished.

Likewise, the attack on Muse damaged the standing of the non-signatories in the eyes of the government and Tatmadaw.

But there has been a double blow. It’s not just that trust has been broken; communication with the non-signatories has also been severed.

This is a critical failure. In any peace process, communication is the key to mitigating conflict.

Since the National League for Democracy took office in March 2016, ethnic armed groups have complained at the lack of informal talks. This was a hallmark of President U Thein Sein’s peace initiative; there was constant dialogue between the armed groups and representatives of the now-defunct Myanmar Peace Center.

Now there is less communication and dialogue, particularly in informal settings. These meetings are essential for strengthening relationships and cooperation across the divide.

Under the previous government, informal talks were used to defuse tension at times of heightened conflict. Consider the incident that occurred exactly two years before the Muse offensive.

On November 20, 2014, the Tatmadaw shelled the KIA military academy in Laiza and killed 23 cadets in retaliation for the KIA’s alleged harassment of army convoys.

Four days later, a peace negotiation team from the MPC travelled to Chiang Mai and held talks with the ethnic groups. The meeting did not resolve the problem but at least paved the way for an easing of tensions.

There are many reasons why armed clashes happen. Both sides are holding weapons. The ethnic armed groups that have yet to sign any truce with the government are not bound by any agreement to refrain from fighting. The Tatmadaw will respond decisively. 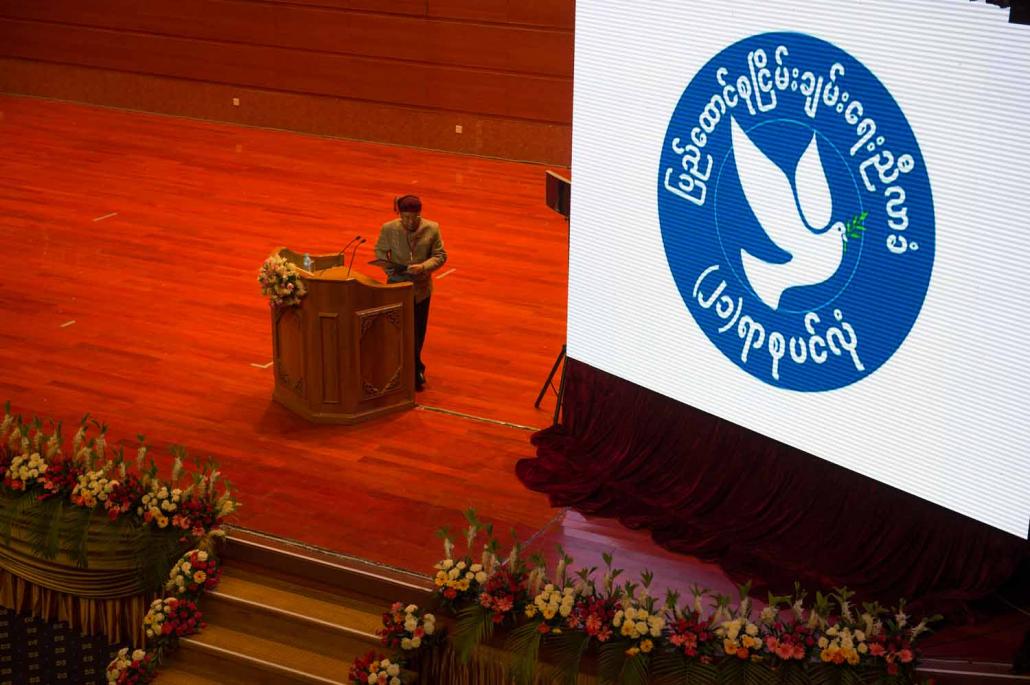 Fighting also occurs between the Tatmadaw and some of the groups that have signed bilateral ceasefires – even among the ethnic armed groups themselves – due to unclear demarcations of territorial control, and other political and economic reasons.

The bottom line is that no matter how much fighting takes place, a long-term solution can only be found when all sides sit and resolve their differences through dialogue. However, since the fighting erupted in the north, only one meeting has taken place between the government and non-signatories.

According to government insiders and ethnic sources, the meeting in Chiang Mai on January 13 was cordial, polite and positive – an indication that both sides are open to reducing tensions.

But the loss of trust and sustained communication has been highly damaging; the blame game has taken centre stage. This has resulted in both sides placing too many preconditions on resuming meaningful dialogue.

While the non-signatories are reluctant to resurrect the talks due to ongoing military offensives, the government side had its own restrictions and preconditions.

In the four-and-a-half years that I worked on the peace process, including several years at the MPC, the chief lesson I learned was that when progress appears dead in the water, dialogue – and informal talks in particular – can break the deadlock.

To reverse the current situation, a comprehensive strategy to encourage the non-signatories to come on board must be developed, with informal talks at its core.

Unnecessary restrictions must also be removed. Flexibility must be prioritised. Negotiators must be provided with proper policy direction and communication.

Until this happens, any prospect of non-signatories signing the Nationwide Ceasefire Agreement will be just an illusion. 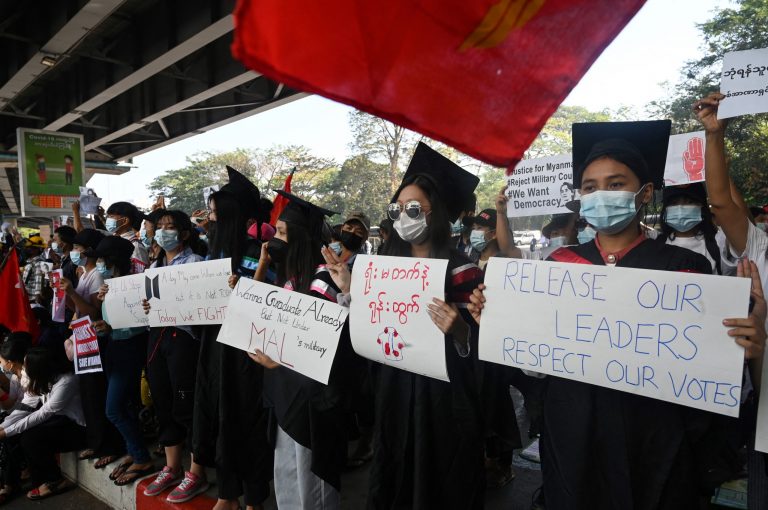 State schools are set to reopen on June 1 for the first time in a year but tens of thousands of teachers remain on strike, and many students are expected to boycott to show their opposition to the military coup.
BY AFP