YANGON — Lawyers representing former Yangon Region advocate general and four other judicial officials accused of accepting bribes to pervert justice submitted a letter on Friday to the Yangon Region High Court objecting to the testimony of the Anti-Corruption Commission.

During the previous hearing on November 2, the defence lawyers had verbally objected to the testimony of plaintiff U Moe Naing, an assistant director at the ACC and the lead investigator in the landmark corruption case, claiming it was contrary to the Evidence Act, but without making formal arguments.

On Friday, the lawyers refused to reveal the contents of the letter or describe its arguments. One of the lawyers, U Min Soe, told reporters that court procedure forbade them from doing so for the moment. He added that they chose to submit the letter, rather than voice their arguments in the courtroom, in order to “save the time of the court.”

Plaintiff Moe Naing had testified on the basis of a month-long investigation by the ACC, alleging that U Khin Maung Lay – the father Ko Than Htut Aung, one of three men accused of murdering Facebook comedian Ko Aung Yell Htwe on New Year’s Eve last year – had paid bribes to the accused totalling K72 million to successfully have the murder case dismissed in July.

Moe Naing claimed that the money, alongside gifts of expensive bottles of whisky, had been funnelled via one of the accused, Yangon Eastern District deputy law officer Daw Thit Thit Khin.

K3 million was also allegedly paid to Police Lieutenant Chit Ko Ko from Thuwunna police station in Yangon’s Thingangyun Township, though the police officer is being tried in a separate case.

Moe Naing told the high court that Khin Maung Lay had also paid the father of Aung Yell Htwe 130 million kyats, and 10 million kyats each to the murdered comedian’s uncle and brother. The family had then requested that the murder case at the Yangon Eastern District Court be dropped. 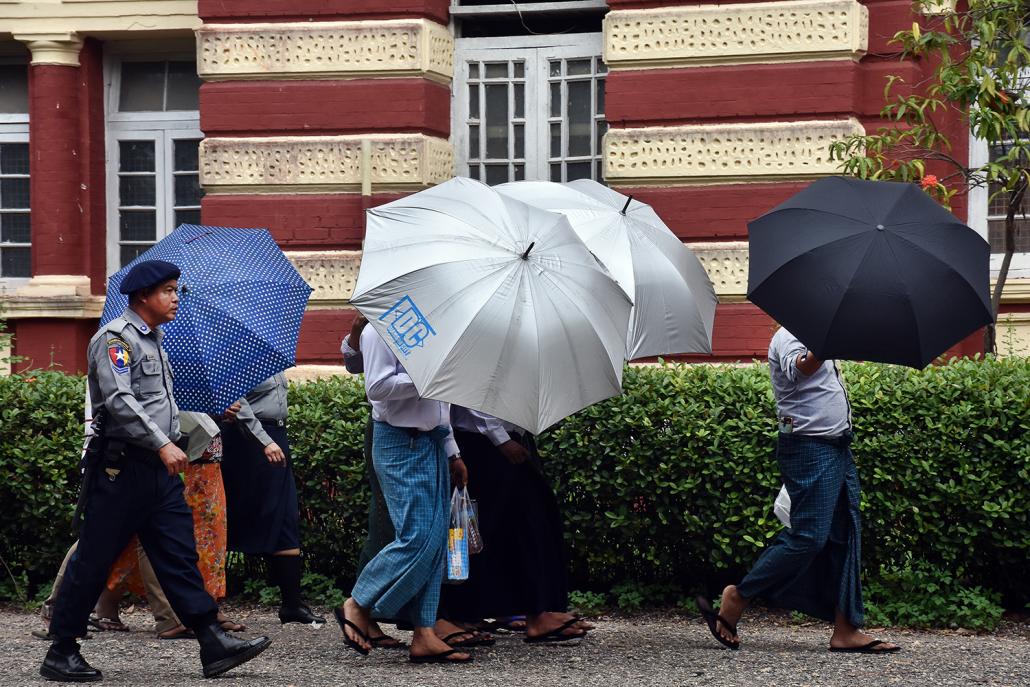 Defendants in a landmark judicial bribery case are led to a police van after a hearing at the Yangon Region High Court on November 9. (Steve Tickner | Frontier)

The high court judge Daw Soe Soe Aung will decide whether to accept or dismiss the objections made by the defence lawyers in their letter at the next hearing on November 16.

The court will hear 39 witnesses from the prosecution, including Khin Maung Lay, the alleged source of the bribes. In the separate case against Chit Ko Ko, 18 prosecution witnesses will be presented.

On September 24, the Yangon Region High Court ordered that the case against the alleged murderers of Aung Yell Htwe be re-tried from the beginning at Yangon’s Eastern District Court.

All those accused in the bribery case, as well as those being re-tried in the murder case, are being detained in Insein Prison in northern Yangon.

The case against Han Htoo and his judicial colleagues is the most high profile anti-corruption case to go to trial since the transition to multi-party democracy in 2011.

An ACC probe earlier this year into allegations against former Minister for Planning and Finance U Kyaw Win, who resigned in May, resulted in no charges being brought, after the ACC cited a lack of evidence.

The Anti-Corruption Law was amended in June to allow the ACC to initiate investigations against officials suspected of being corrupt. Previously, it was a passive body that could act only in response to complaints, 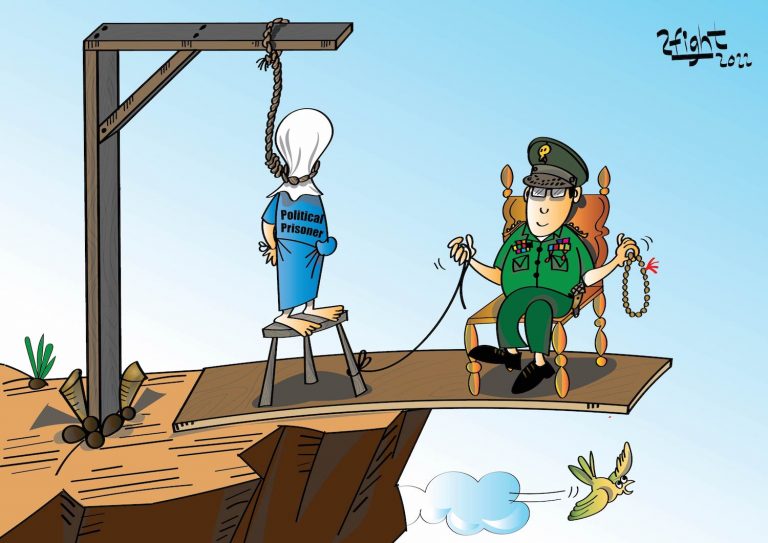