YANGON — The battered bodies of more than 160 jade miners were pulled from a sea of mud after a landslide in northern Myanmar on Thursday, after one of the worst-ever accidents to hit the treacherous industry.

Scores die each year while working in the country’s lucrative but poorly regulated jade trade, which uses low-paid migrant workers to scrape out a gem highly coveted in China.

The disaster struck after heavy rainfall pounded the open-cast mines, close to the Chinese border in Kachin State, where billions of dollars of jade is believed to be scoured each year from bare hillsides.

A slice of mountain collapsed, sending a churning torrent of mud into an aquamarine-coloured lake of mine waste water as workers scampered uphill.

“There are so many people floating in the water,” said a bystander.

Dozens “were smothered by a wave of mud”, the Myanmar Fire Services Department said in a Facebook post.

Rescue workers, including the fire department and local police, worked throughout the day to pull bodies out of a mud lake under a continuous deluge of heavy monsoon rain.

“By 7:15 pm, 162 bodies were found,” said the department, adding that 54 people were injured and sent to nearby hospitals.

Mud-slaked and bloodied bodies of miners were laid out in grim rows under tarpaulins, some missing shoes as a result of the force of the wall of mud which hit them.

A woman grieved over the recovered victims, as rescue workers held her up.

Working through a torrent of heavy rain was a challenge, police superintendent Than Win Aung said, as it could spark another mine collapse on the unstable terrain.

“We can’t dig and find the bodies buried underwater… so we are just picking up the dead bodies that float,” he told AFP, adding that rescue efforts would be further hampered as night fell.

The workers were scavenging for gemstones on the sharp mountainous terrain in Hpakant Township, where furrows from earlier excavations had already loosened the earth.

The victims had apparently defied a warning not to work the mines during the monsoon rains, local police told AFP.

United Nations Secretary-General Mr Antonio Guterres was “deeply saddened” by the deaths and said his organisation was ready to help those affected, a spokesman said.

Myanmar is one of the world’s biggest sources of jadeite and the industry is largely driven by insatiable demand for the translucent green gem from neighbouring China.

The mines are mired in secrecy, although environmental watchdog Global Witness alleges operators are linked to former junta figures, the military elite and their cronies.

It said the landslide should serve as a “wake-up call” for Myanmar’s government led by Daw Aung San Suu Kyi, whose party vowed to reform and stamp out corruption.

The watchdog estimated that the industry was worth some US$31 billion in 2014, although very little reaches state coffers.

The mine where Thursday’s accident happened belongs to the Yadanar Kyay company, according to the military’s official news site.

Police said the death toll could have been even higher if authorities had not warned people to stay away from the mining pits the day before.

Landslides in the area are common, especially during Myanmar’s notoriously severe monsoon season, and a major slip in November 2015 left more than 100 dead.

The workers combing through the earth are often from impoverished ethnic minority communities, looking for scraps left behind by big firms.

Low-quality stones can be exchanged for food or sold for $20 to waiting brokers.

But workers risk their lives daily in the hope of hitting the jackpot, a good quality jadeite that could fetch tens of thousands of dollars, changing their lives.

The fight to control the mines and the revenues frequently traps local civilians in the middle. 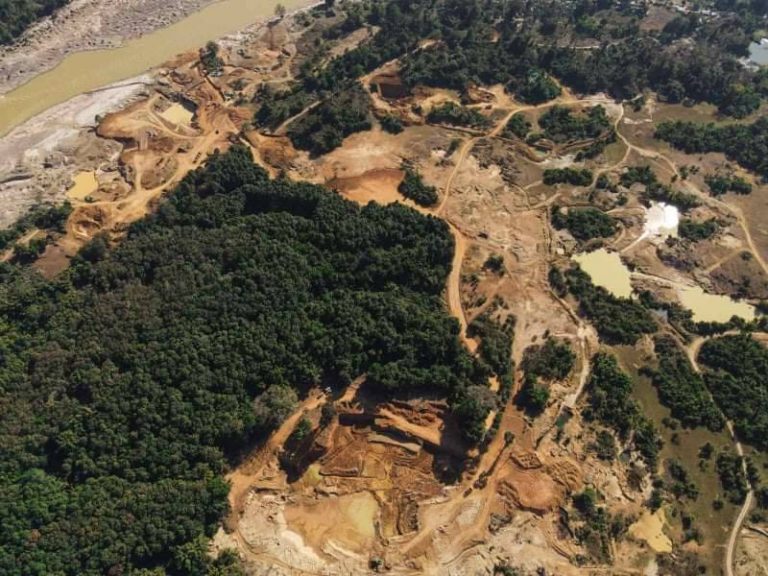 There are already signs that the coup has prompted an increase in illegal mining and logging, and regime economic policies are set to compound the environmental destruction at a time when activists and communities are unable to push back.
BY Frontier