YANGON — Ma Thiri’s heart started pounding and her whole body shook after she swallowed the final dose of pills that would end her unwanted pregnancy in a Yangon hotel.

Her boyfriend had abandoned her after finding out she was pregnant — a familiar story in Myanmar, where many consider women “ruined” if they have sex before marriage.

With no other option in sight, she joined the hundreds of thousands of women in the country who risk their lives every year seeking out illegal backstreet abortions.

“My heart was beating very fast (after taking the final dose) and I was trembling all over… then the bleeding started and I had a pain in my stomach,” 28-year-old Thiri, whose name has been changed to protect her identity, told AFP.

“Now I worry about my womb, about whether I can get pregnant.”

Abortion is banned in Myanmar unless a woman’s life is at risk and doctors who defy the law can face up to 10 years in jail.

Even talking about sex is taboo in the Buddhist-majority country, where there is no proper word for vagina in the Burmese language spoken by most people.

While contraception is technically available, few women know how to use it and many young people are too ashamed to buy it.

“Women don’t talk about sex,” said Thiri, who has still not told her new fiance she had an abortion two years ago. “It’s like a secret.”

She says the doctor who told her she was pregnant made her feel ashamed for sleeping with her boyfriend out of wedlock, and urged her to “get married fast”.

Experts say this culture of silence and scandal around sex could be driving more than a quarter of a million women a year to seek out clandestine and often unsafe abortions.

With 282 fatalities per 100,000 pregnancies, Myanmar’s maternal death rate is the second-highest in Southeast Asia and twice the regional average.

Officially around 10 percent are caused by induced abortions, but experts say the reality is likely higher as deaths from infections are counted separately.

“Up to a third of all the maternal deaths in Myanmar will be related to abortions,” said Sid Naing, country director for reproductive health NGO Marie Stopes.

Like Thiri, many desperate women resort to taking black market pills they know little about.

Others visit backstreet clinics run by untrained quacks who use anything from umbrella shafts to twigs or bamboo to try to dislodge the foetus.

Experts say there are dozens of illegal surgeons in the commercial capital Yangon alone, charging between 30,000 and 100,000 kyats for a procedure.

Dr Ni Ni, the country director of the reproductive rights advocacy group IPAS, described one case where a 14-year-old girl had to have her uterus removed after it was ripped by a bicycle spoke.

Some women bleed to death straight away, while others are left with internal infections that can become fatal.

“If they don’t come early we cannot help,” said Su Su, who used to work at the hospital. “Normally they come late, because they are afraid.”

Activists say many married women end up pregnant because they have no power to refuse their husband’s advances or make them use contraception.

Most of the hospital records listed women in their mid-20s and 30s, along with several in their 40s. Only a handful had “single” written next to their entry in red pen.

“Women get threats if they don’t agree to have sex with their husbands,” said Ma Htar Htar, founder of women’s rights group Akhaya Women.

“They cannot say no to sex and also cannot negotiate to use condoms.”

Birth control was shunned by Myanmar’s former junta, which tried to encourage Buddhists to have children out of fear of the huge populations of neighbouring India, China and even Thailand.

That changed under the quasi-civilian government that took over in 2011, which implemented a scheme to give more married women access to contraception.

“Before that even the words ‘family planning’ were taboo,” said Kaori Ishikawa, deputy representative for the UN Population Fund in Myanmar.

NGOs like IPAS are making long-term contraception more available to women, particularly in rural areas where maternal mortality rates are over twice as high as in the cities. 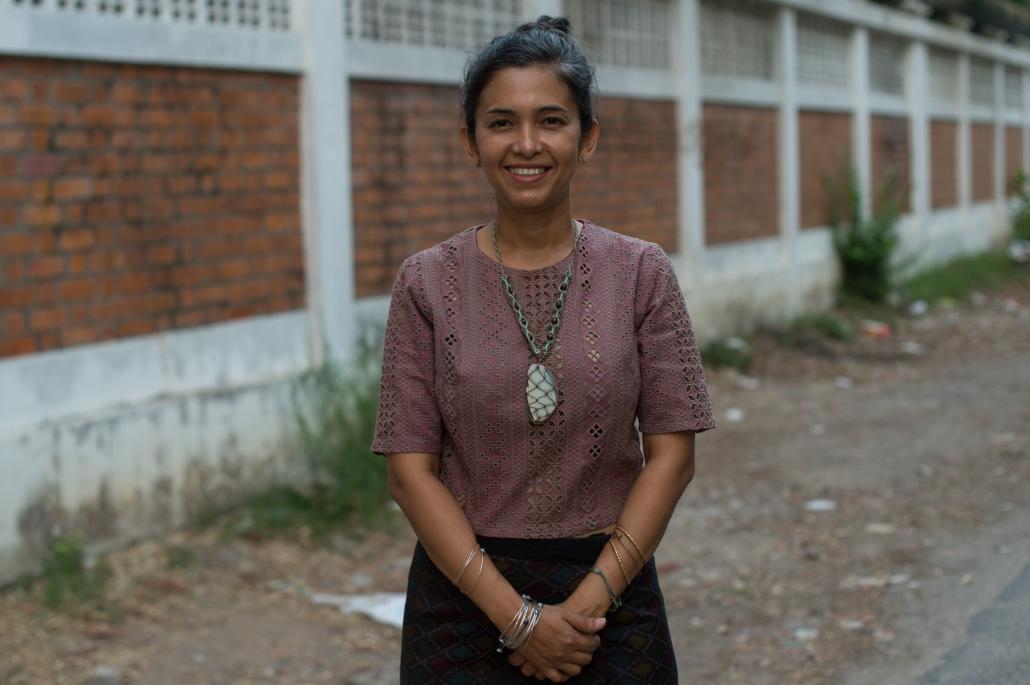 The UNFPA has spent almost $10 million in two years to improve maternal health and family planning.

But public attitudes are proving harder to change.

Htar Htar said she pushed for abortion to be decriminalised as part of a raft of new laws to protect women’s rights, but was rejected because of concerns it would go against Buddhist beliefs that all life is sacred.

“Changing the law about abortion will be really sensitive, especially with Ma Ba Tha,” she said, referring to Myanmar’s most prominent hardline Buddhist group.

For women like Thiri, however, it can be a question of life and death.

“If it were legal it would save so many lives,” she said.