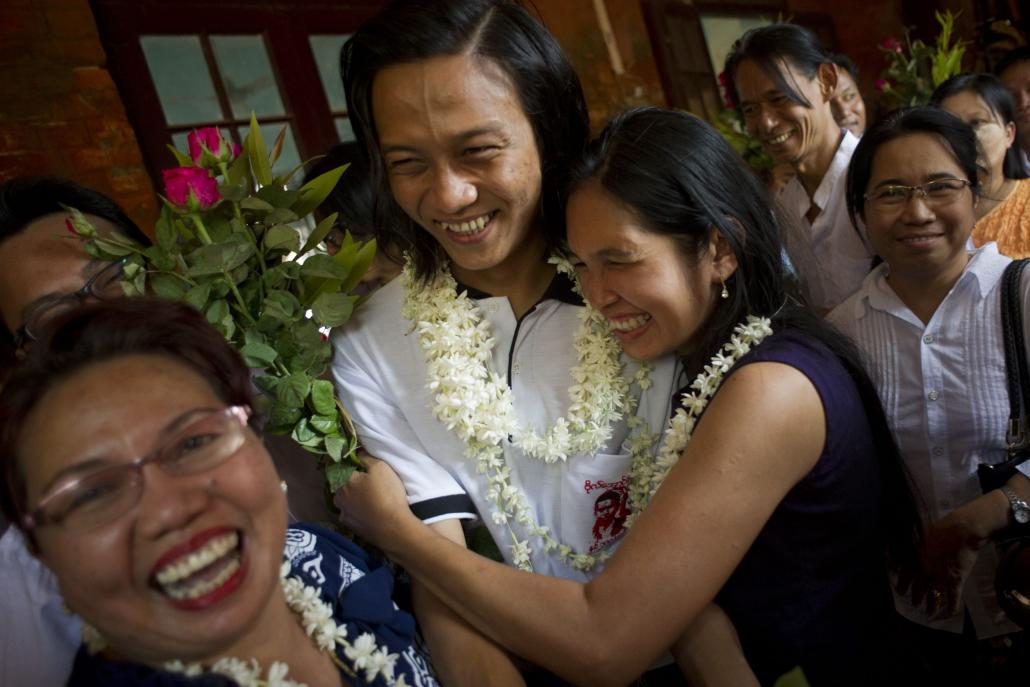 Dozens of student protestors have been freed by a Myanmar court, the first wave of releases under the new government.

A total of 69 students, arrested following a heavy police crackdown at Letpadan in March 2015, were released from Tharrawaddy prison on Friday.

The move comes a day after Daw Aung San Suu Kyi promised to press for the release of all political prisoners and student activists in the country and just over a week since her National League for Democracy took power from the military.

In her first statement since assuming her new role as state counsellor Suu Kyi said, “I am going to try… for the immediate release of political prisoners, political activists and students facing trial related to politics.”

Prior to today’s release, there were 90 political prisoners in Myanmar’s jails and more than 400 awaiting trial, according to Assistance Association for Political Prisoners.

“Today’s release of most of the student protesters is a huge step forward for human rights in Myanmar, and we are delighted that these men and women will walk free,” said Laura Haigh, Amnesty International’s Myanmar researcher. “We are now looking forward to the release of all other prisoners of conscience,” she said.

The students were arrested during protests against a controversial new education law. They were marching between Mandalay and Yangon but were stopped at Letpadan by authorities. The police used heavy-handed tactics that brought international condemnation.