Fierce competition for advertising and planned amendments to the Broadcasting Law are among the challenges facing the companies poised to launch digital channels.

The five companies are DVB Multimedia Group and Mizzima Media Co Ltd, which each operated in exile until they established operations in Myanmar in 2012 under the media reforms of the previous government, as well as KMA TeleMedia Holdings Co Ltd, owned by CB Bank owner U Khin Maung Aye, Fortune Broadcasting Co Ltd and My Multi Media Group Co Ltd. Does the decision to grant the five companies broadcasting licences mean that media freedom has improved? Will the five new channels survive?

The broadcasting licences were not issued to the five companies under a functioning law. A Broadcasting Law was enacted under the previous Union Solidarity and Development Party government in August 2015 but the rules and regulations were not issued. The agreement that the five companies signed with the Ministry of Information enables them to broadcast through MRTV’s system. The arrangement is similar to broadcasting licences granted by the former military regime to private companies Sky Net, owned by the Shwe Than Lwin Co, and MRTV-4, owned by Forever Group Co Ltd. As the companies are operating under an agreement with the government, it limits the amount of freedom they have.

The Minister of Information, Dr Pe Myint, said at the signing ceremony on February 17 that the National League for Democracy government planned to amend the Broadcasting Law. After it was amended, the rules and regulations for implementing the law would be released. Pe Myint said the rules and regulations would provide for creating a Broadcasting Council that would be responsible for managing and supervising television broadcasting.

There’s also the matter of viability in a competitive market. A big question mark hanging over the five new broadcasters, and any channel that may launch in future, is whether they can survive economically. Myanmar has eight analog channels, as MRTV, Myawaddy TV, Sky Net and Forever Group each have two channels. As they broadcast in analog, they can cover the whole country.

A survey has found that annual advertising revenue on the country’s digital and analog channels is about US$200 million, out of which MRTV-4 and Channel 7, both of which are owned by Forever Group and broadcast in digital and analog, understood to be receiving the lion’s share.

With another five digital channels broadcasting free-to-air, advertising revenue is unlikely to rise. Competition for advertising among the five new channels will be intense. In fact, it will not be easy for them to begin broadcasting. MRTV director-general U Myint Htwe said at the signing ceremony that it needed to buy and install more equipment to be able to broadcast the content provided by the five companies.

The companies themselves are also required to pay for buying and installing cables linking their earth stations with an earth station at MRTV so their content can processed by the multi-channel playout system for uploading to a satellite. The satellite will transmit the content to 145 relay stations throughout the country, giving the channels national coverage. The five companies will have to invest large sums before they start broadcasting.

The five companies will also face high production costs, but their advertising income is unpredictable. There’s also the question of whether it will be difficult to attract advertising for digital TV channels, which is a new format in the country. Another unknown facing TV broadcasters concerns the establishment of the Broadcasting Council at some time in the future when they will all need to re-apply for licences. Amid such an outlook it is far from certain that the five digital TV channels will survive. 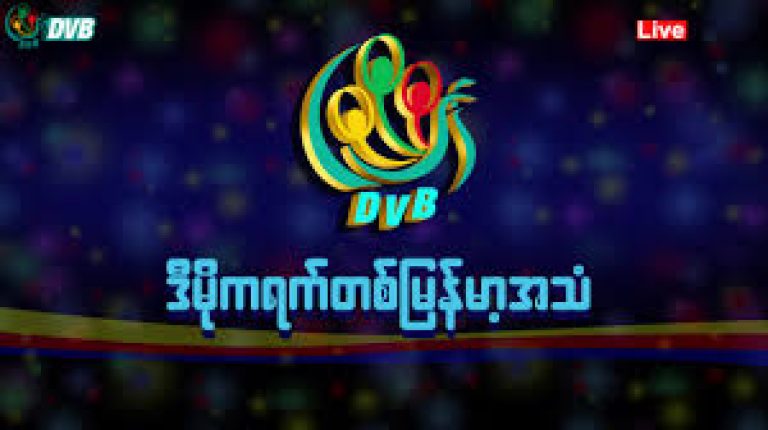 Three Myanmar journalists who illegally entered Thailand to flee a military crackdown have been fined and could face deportation, although their lawyers have appealed the court decision.
BY AFP