Bo San: ‘Market volumes in the music industry are a joke’

Bo Bo Entertainment is a household name in the Myanmar music industry. The company organises events and concerts, produces merchandise and records and promotes superstars like Thar Thar, Ye Yint Aung and Mi Sandi. But not all is well in the music industry. Frontier talked with managing director Bo San about piracy, the new Copyright Law, shrinking market volumes and foreign investors lurking in the background.

How did it all start with Bo Bo Entertainment?

I entered the music business in 1998 as an event organiser for rock acts. Among them were Iron Cross, the most famous band in Myanmar music history, and singer Htun Eindra Bo. Hip hop was still in its infancy, but was about to be propelled into the mainstream by Acid, a group of pioneering rappers.

Yan Yan Chan, one of the members of Acid, is an old friend of mine. So that’s how I got involved. I helped them to record their first demos and to release their debut single. I also organised concerts for them, mainly at clubs in Yangon because at that time hip hop was not that popular and very Yangon centric. It just didn’t exist outside the capital city.

What is the current day volume of the Myanmar music market?

The market volume is rather limited at the moment. I estimate that yearly about 400,000 units of audio CDs, VCDs and DVDs are sold legally in Myanmar. If the economy develops and people are able to spend more, and if the government finds ways to more effectively fight piracy then I expect the market volumes to grow. For that we need a better piracy law, though. The current law is not enforced and not efficient.

Market volumes are lower than they once were. But this is probably not the only way the music industry has changed in the last fifteen years, right?

There have been major changes. In the early days of hip hop, around 2000, the music industry was not free. All the lyrics had to be submitted to the censors first.

This has changed for the better under the government of U Thein Sein.

The sales volumes were indeed very different as well. For example, the debut album of Acid sold 500,000 copies. If one of the most popular hip-hop acts releases a new album nowadays, we’ll only sell about 20,000 copies. Funnily enough there are more people in Myanmar nowadays, so potentially the market is bigger. But the market shrank nonetheless. The main reasons for the shrinking market volumes are downloading music from the internet and pirating of illegal copies.

Why is piracy rampant in Myanmar?

One reason is limited purchasing power of people. Pirated music is cheap. An official release will cost about K2,000. You can get an illegal copy for as low as K300. Sometimes they combine up to four albums in one DVD, and they are sold at every street corner. We can’t compete with that.

I think the black market is about 100 times larger than the white market. Sometimes the police crack down. But even if they do, pirates can have already pressed and sold around 80,000 illegal CDs or DVDs of a new album just a few days after it has been released.

Police fines are low as well. A seller only has to pay K100,000 if he gets caught. Only if he doesn’t pay will he go to jail. The fines are too low to discourage pirating.

Recently the Music Association charged a big producer of illegal copies. We took him to court, and he was sentenced to pay a fine of US$100,000. Well, he didn’t pay and went into hiding. So that didn’t solve the problem either.

How are authors protected against theft of their intellectual property? Is there a copyright law in Myanmar?

There will be a new copyright law in 2016. The law is currently being drafted. The Music Association is assisting in this process. We’re studying international copyright law, to see which elements are applicable to Myanmar. It’s too early to say what will be in the law. What I do know is that the law will encompass international standards.

For the moment, though, we don’t have a copyright organization that works on behalf of the authors.

How can music still generate a profit in this difficult market?

As a music production company there is no way to turn a profit just producing music. The only money to be made is by promoting international concerts or corporate events, like, for instance, the Pepsi Thingyan Road Show or the anniversary event we organized for Junction Square. Music albums are basically only released to promote the artist and make them better known. This in turn will lead to more profitable concerts because of larger audience turnout.

Did the music industry evolve creatively in the last decade?

In the past artists tended to copy foreign hits. They assumed the only worthwhile songs were those that had already been proven commercially successful. But the new generation composes their own material and creates their own songs. It is good that Myanmar artists are now creatively finding their own feet. The old singers still continue copying, but they’re a dying breed.

Major labels like Sony, EMI and Universal have spread their wings and are represented in most countries around the world. Are these companies eyeing the Myanmar market?

I expect the big record labels and entertainment companies to enter Myanmar in the next couple of years. They’ll probably enter into joint ventures with local partners. But it is still early. To be honest, current market volumes are a joke. The Myanmar music industry is just not interesting enough yet. So they’re waiting and seeing.

But when foreign companies do decide to invest in the music industry, I would be willing to join hands. They have experience and knowledge that we can all benefit from. 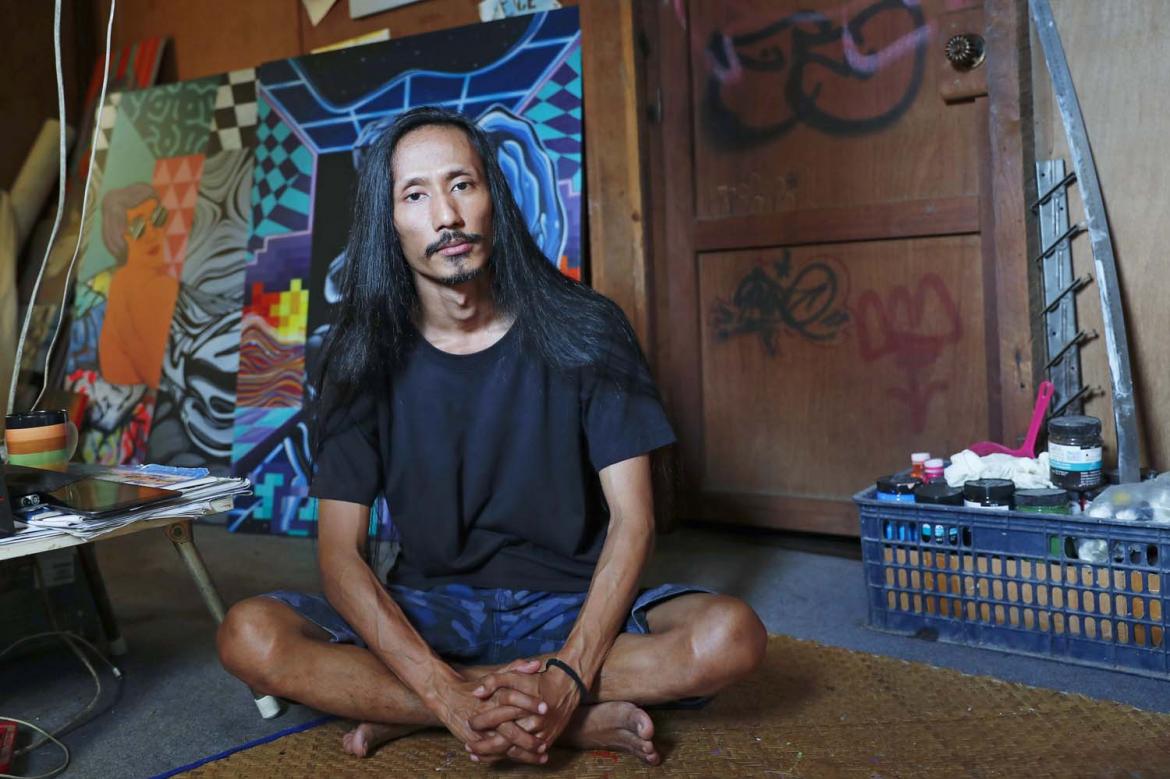