Blocked numbers and no access: the challenges of reporting a pandemic

Frontier journalist Hein Thar reflects on the challenges of covering the coronavirus amid reluctant sources and a guarded government.

It feels like the worst is over. We are coming out the other side of the COVID-19 pandemic – or at least the first wave – and Myanmar’s confirmed cases have so far been relatively low.

Journalists are beginning to turn their attention to the election, but it’s worth reflecting for a moment on the reporting challenges and achievements of the past few months.

For many Yangon-based journalists, the possibility of not being able to report on COVID-19 due to restrictions was more concerning than the virus itself. Blocks on movement meant we were confined to the city once the first cases were announced on March 23.

Having a good relationship with contacts became more important. Although some government officials became easier to reach, it was more difficult to get the perspective of frontline medical staff and other health workers involved in the response. In the days after the first confirmed cases, most sources declined to meet in person because of the health risks and the news was predominately based on government announcements.

Rather than having a team to share information with the media, the Ministry of Health and Sports appointed just one spokesperson, Dr Thar Tun Kyaw, to answer calls from journalists wanting information beyond the government announcements.

But he rarely answered the phone. Asked why at a press conference, he said he received 175 calls a day and was too busy to take most of them.

The ministry later changed its spokesperson to Dr Khin Khin Gyi, but she was not always enthusiastic about her role.

On one unfortunate day in April, Khin Khin Gyi blocked the phone numbers of two Frontier reporters after we asked her questions about how many personal protective equipment suits and ventilators the government had.

The ministry later changed its spokesperson again, this time to a younger official, Dr Than Naing Soe. Unlike his predecessors he was patient with journalists, and would answer the phone at any time. But because he was less senior, he could not always offer detailed answers.

The real story usually lies outside the domain of the spokesperson, but our requests to interview doctors from Yangon’s Waibargi infectious diseases hospital, where many of the country’s COVID-19 patients are treated, weredeclined by the hospital’s spokesperson, Dr Sabai Phyu, despite the fact that coverage would likely reflect well on frontline health workers. Staff members of all ranks at other hospitals treating COVID-19 patients were also instructed not to talk with media.

For photojournalists, who can hardly take photos over the phone, the lack of access has been particularly frustrating. While newsrooms around the world were publishing photographs from inside hospitals, photojournalists in Myanmar were usually denied entry for “security reasons” despite promising to wear PPE, and were instead stuck photographing municipal workers spraying disinfectant in the streets.

As a journalist, I believe unrestricted access to the reality on the ground would benefit everyone. We know the government is doing its best with limited equipment and human resources, but we are often unable to show this to our readers due to access restrictions. Maybe the government is simply embarrassed to reveal its shortcomings, especially during the pandemic.

Bursts of access did bring some relief and we managed to get some photographs of COVID-19 testing laboratories and the scenes inside some hospitals as well as interviews with medical experts.

Our team remained committed to shining light on serious consequences triggered by the pandemic, from the mass return of migrant workers from Thailand and China to increased indebtedness among the rural poor.

Sometimes the newsrooms became the focus as well as the source of the news, as media organisations grappled with the economic fallout of the pandemic.

Frankly, journalism is not viewed as an honourable profession in Myanmar these days – not by the authorities that jail reporters and not even by some parents of aspiring journalists. As sad as that is, it’s the truth.

But during the pandemic, I saw journalists running to hospitals while everyone but the emergency services were running away from them. It can be a thankless job, but we feel duty-bound to give people a true picture of the situation.

Junta authorities in Myanmar are seeking help from the international community to tackle the coronavirus, state-owned media said Wednesday, as the country looks beyond China in its struggle to beat back a new wave.
BY AFP 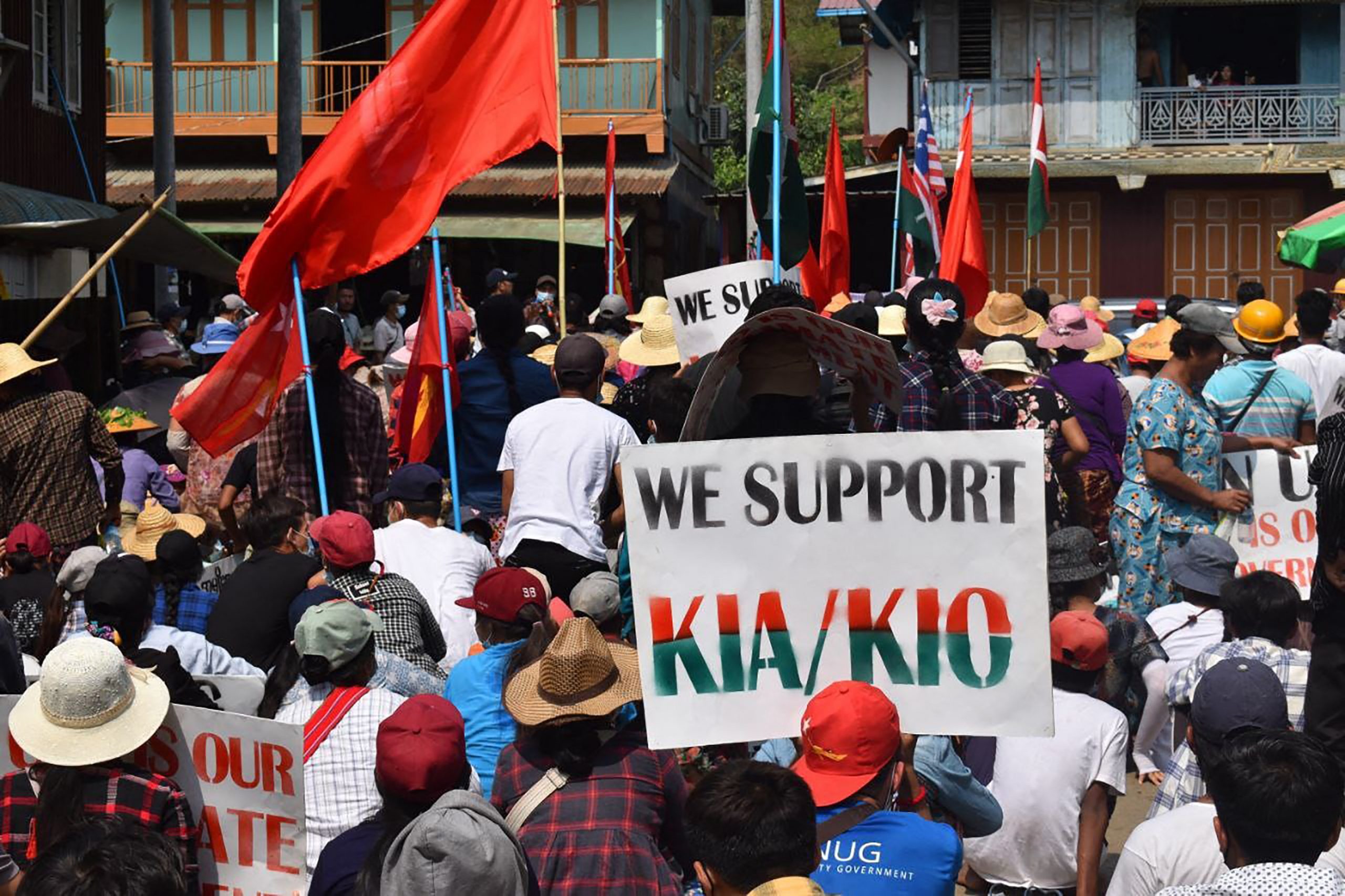