As expectations fade, is the peace process in crisis?

The peace process is in trouble and a new way forward is needed to end the stalemates and posturing that have hampered negotiations.

IT IS just over two years since the Union Solidarity and Development Party government and eight ethnic armed groups signed the Nationwide Ceasefire Agreement, as part of a peace process launched after the end of junta rule in 2011. It is 19 months since the National League for Democracy government took office and took control of the peace process, which State Counsellor Daw Aung San Suu Kyi has named her top priority and in which she has taken a leading role. There had been expectations that with Aung San Suu Kyi in charge of the process, peace would be achieved faster than might otherwise be possible. But these expectations have faded. This week I’d like to discuss if the peace process is in crisis.

The state counsellor marked the second anniversary of the signing of the NCA by reaffirming that the peace process was making progress. She said that in the two years since the signing, political dialogue had begun with ethnic armed groups and agreement had been reached on 37 principles to form part of a future peace agreement. As well, there had been a considerable reduction in fighting in areas controlled by signatories of the NCA, where development projects had contributed to real improvements in living standards.

Some ethnic armed groups and politicians rejected the claims of progress, noting that in the two years since the NCA was signed it had failed to attract more signatories. Others said there had been progress, but it was too slow.

A challenge for the peace process is the differences among the ethnic armed groups, which can be divided into three main blocs.

The first is the eight groups that signed the NCA, which include the Karen National Union, Restoration Council of Shan State (Shan State Army-South), and Chin National Front. They are endeavouring to implement the agreement by maintaining ceasefires, reducing conflict, conducting political dialogue and launching development projects. However, the eight groups say they are facing difficulties and complain that progress is slow.

Another group is the United Nationalities Federal Council, an alliance of ethnic groups including the New Mon State Party, which has set eight conditions for signing the NCA. Some progress was reported at talks last week between the UNFC and the government’s Peace Commission, but differences remain over military matters. Last week’s meetings were the seventh round of formal talks between the two sides since they began negotiations 16 months ago.

The third group is the Federal Political Negotiation and Consultative Committee, and its members include the United Wa State Army and the Kachin Independence Army, two of the country’s biggest ethnic armed groups. It is essential to negotiate with the FPNCC if the sound of guns is to be silenced in Myanmar. The group is headed by the UWSA, which did not participate in the peace negotiations launched by the USDP government. The UWSA declined to sign the NCA on the grounds that it had signed a bilateral ceasefire with the Tatmadaw in 1989. After the NLD government hosted the first 21st Century Panglong Union Peace Conference in August-September 2016, the UWSA changed its stand and announced that it wanted political autonomy for the Wa Self-Administered Division. The UWSA’s demand is tantamount to establishing a separate state and it is unlikely to be accepted by any government or Tatmadaw leader.

The FPNCC has also demanded that it be able to negotiate as a group, but this has been rejected by the government and by the Tatmadaw, which prefer to negotiate with individual organisations or two or three armed ethnic groups. As the NLD government and the Tatmadaw are insisting that the framework outlined in the NCA is the only way forward, the result is a stalemate.

It’s fair to say that the peace process is in crisis, or at the least, facing serious difficulties. Myanmar will need to find a new way towards peace if the guns of civil conflict are to be silenced forever. 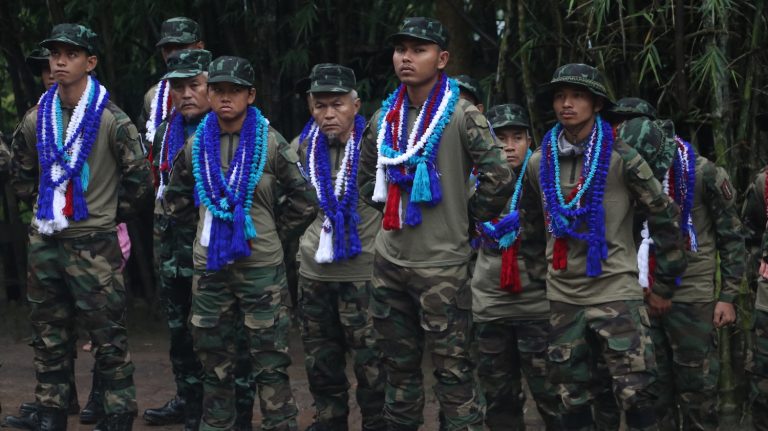