About a third of Myanmar children aged under five are stunted, a consequence of having to rely on poor diets that do not provide enough nutrition.

AS MYANMAR continues its transition to democracy, the clamour of voices wanting to be heard is constant. Their concerns are serious and their voices are loud and sometimes they use strikes or protests or even military operations to get their messages across. But there’s a group that suffers its grievances in silence. It comprises about 30 percent of the population: It’s our children.

To be exact, 28.6 percent of the population is aged under 15, shows data from the 2014 census. Myanmar remains one of the world’s least developed countries and many children suffer serious health problems.

Census data shows that Myanmar has an infant mortality rate of 62 for every 1,000 live births, and that 72 children die between birth and the age of five out of every 1,000 live births. Myanmar also has one of the highest rates of stunting among children aged under five in ASEAN, the multi-donor Livelihoods and Food Security Trust Fund said last month.

Preliminary results from Myanmar’s 2015 Demographic Health Survey show that 29 percent of children aged under five are stunted. The survey, conducted by the Ministry of Health and Sports with funding support from the Three Millenium Development Goal Fund and the United States Agency for International Development, found that micronutrient deficiencies are widespread in Myanmar. It also found severely high levels of iron deficiency in children aged between 6 and 59 months (57 percent) and women aged between 15 and 49 years (47 percent). 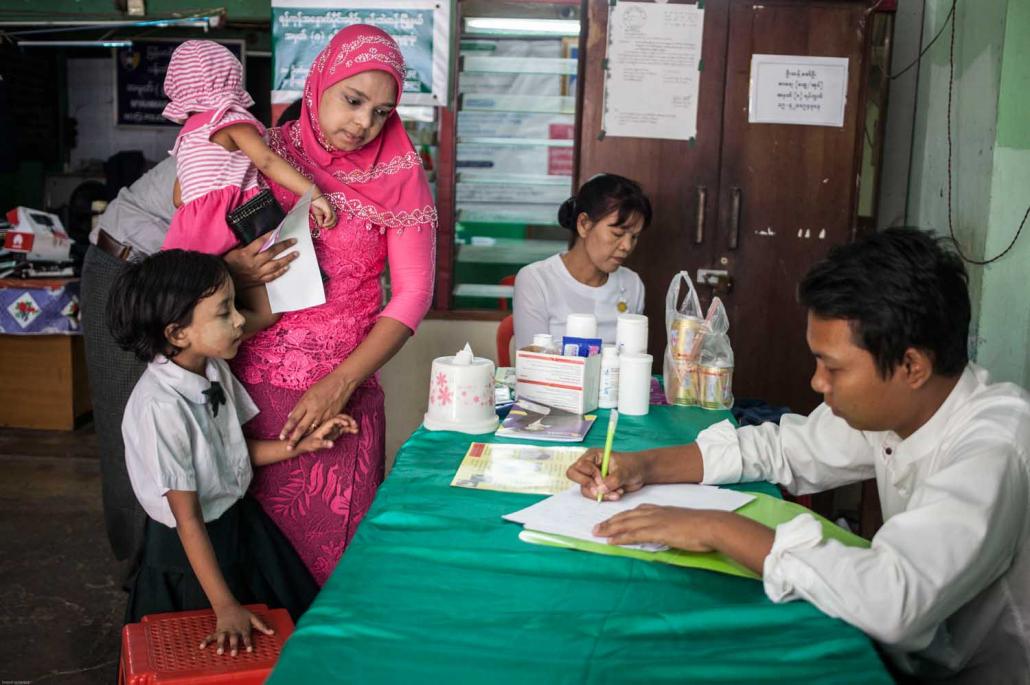 Myanmar has the third highest rate of child stunting in Southeast Asia, behind only Laos and Indonesia. (Theint Mon Soe — J | Frontier)

The figures highlight the miserable plight of many children in Myanmar, who also receive less attention from advocacy groups than other sectors of the population.

However, the issue has been receiving more attention recently, at an unprecedented meeting in Magway Region and in a research paper presented by a leading nutrition specialist. 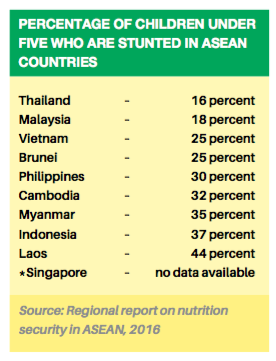 “Improved nutrition is not a standalone issue; it is part of the country’s development program,” Aung San Suu Kyi said at the meeting, at which she urged stakeholders to further strengthen their efforts through coordination and cooperation. 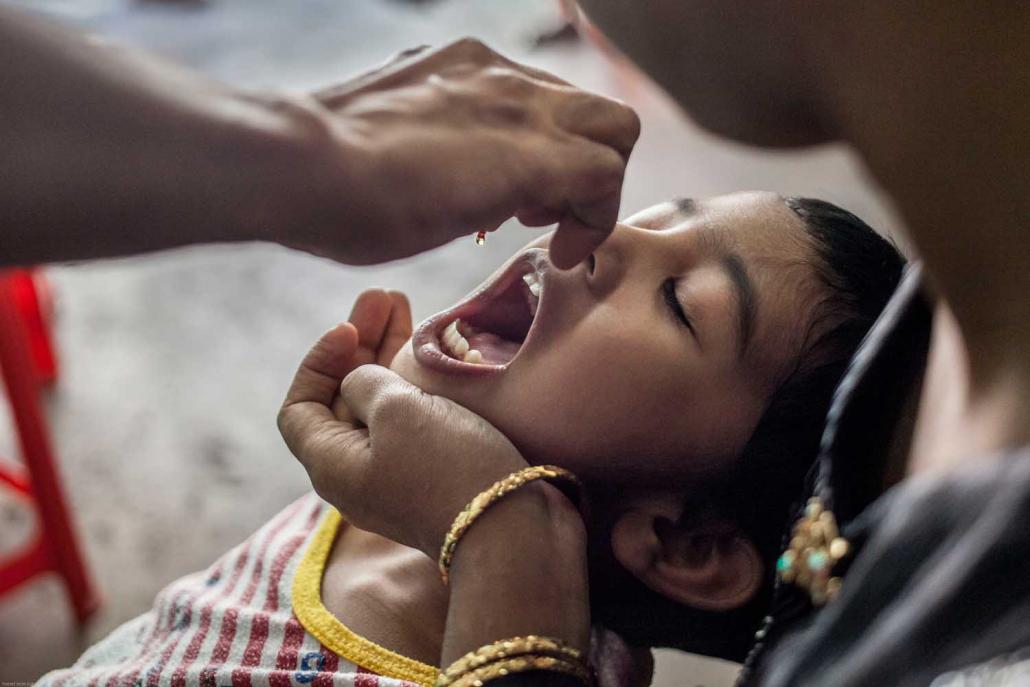 “Resources need to be concentrated in the first 1,000 day window if we are going to effect change on nutrition in Myanmar,” Ms Claudia Antonelli, LIFT donor consortium chair and a member of the European Union delegation in Myanmar, said in the statement.

“The evidence clearly tells us that when children do receive good nutrition in the first 1,000 days of their lives they are 10 times less likely to die of childhood disease, will complete more grades at school and earn up to 21 percent more as a result as adults,” Antonelli said.

“There is solid evidence from around the world that when governments address nutrition of women and children across sectors at a national level that’s when results are really achieved.”

The eating habits of children were the focus of a paper presented by nutrition specialist Dr Moh Moh Hlaing on January 11 at the 45th Myanmar Health Research Congress, organised by the Department of Medical Research, under the health ministry. 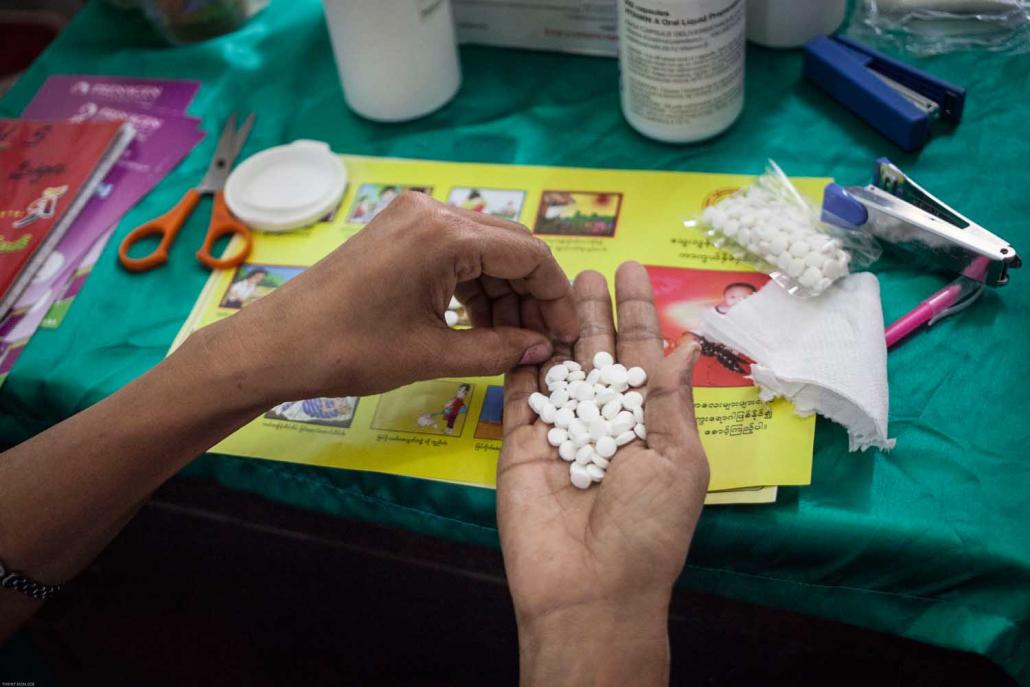 A nurse handles tablets before giving them to children as part of a Yangon Region government health programme. (Theint Mon Soe — J | Frontier)

Eating habits were a major contributor to nutrition problems, the study found.

The survey included 17 schools and found that canteens or nearby food shops all sold packaged fried food and soft drinks, but fruit was only available at five outlets in Mandalay and Taunggyi. No fruit was available at school canteens in Yangon and Mawlamyine.

A survey in Myanmar of 680 children aged between five and 13 by large Dutch dairy products company FrieslandCampina found that just 73 – barely 10 percent – regularly drank milk. The company has launched a campaign to promote milk consumption that targets about 600 schools in Yangon and Mandalay, it told a news conference on February 14. It is one of several schools-based programs in which the company has been involved in Myanmar to promote milk consumption, which with other dairy products can make an important contribution to nutrition and human development.

In 2013, global food products and packaging company, Tetra Pak, and its parent company, Tetra Laval, in conjunction with the government, launched a school milk program aimed at benefitting 45,000 children over three years.

A challenge to achieving improved nutrition levels among children is that there is no strong tradition in Myanmar of eating meat or dairy products, which are rich in protein.

The UN estimates that Myanmar has a poverty rate of 26 percent. Meals containing meat or milk products are a luxury for those at the grassroots. Malnourished and stunted children are a symptom of the country’s poverty.

The malnutrition problem is hidden and poses a serious challenge for the next generation unless it can be tackled through a coordinated strategy. Children account for nearly a third of the population; they represent the future of the nation but many of them are not receiving the nutrition they need to grow and develop normally.