A group of lawmakers in Malaysia has called for state-run energy giant Petronas to withdraw from Myanmar in protest at what they say is the treatment of Rohingya Muslims in Rakhine State, media reported.

A non-partisan petition signed by 47 MPs calls for Petronas to cease all operations in Myanmar by the end of the year, the New Straits Times online edition reported on November 8.

It calls on Petronas “to relinquish any form of cooperation, businesses and investments in Myanmar, from Jan 1 unless and until the Myanmar government recognises Rohingya as its citizens and all manner of intimidation and discrimination are stopped immediately”.

The petition has been organised by People’s Justice Party MP, Mr Mohd Rafizi Ramli, who said it was Malaysia’s responsibility as a force in the region to fight for the Rohingya and take the lead in stopping the violence in Myanmar, the New Straits Times reported.

“We have a moral duty because it [the Rohingya crisis] is happening in our backyard. What has happened [with the Rohingya refugees] goes against every grain of humanity,” Rafizi was quoted as saying.

“As Petronas is the only Fortune 500 company we have in Malaysia, it is important that it represents us,” he said.

Petronas, through its subsidiary Petronas Carigali Myanmar (Hong Kong) Ltd, operates blocks in the Yetagun field in the Gulf of Martaban and is also a partner in the pipeline that exports natural gas to Thailand.

Rafizi said neither Petronas nor Malaysia would suffer serious consequences from withdrawing its investments in Malaysia. 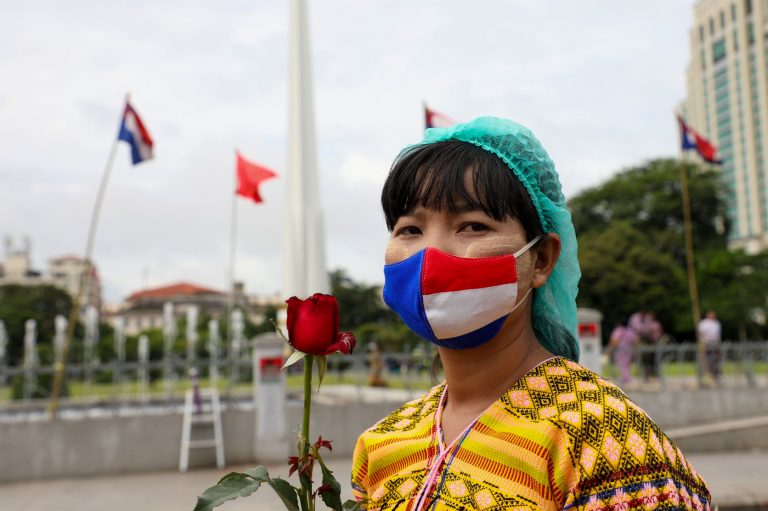 ‘Having to run with your legs tied’: Rakhine parties cry foul over election curbs