After the Sri Lanka bombings: why Myanmar won't be next

Despite government concern and suspicion in the wake of deadly terror attacks in Sri Lanka, Myanmar is not a likely target for Islamic extremism.

ON EASTER Sunday, April 21, one of the deadliest terror attacks in the last decade occurred in one of Myanmar’s closest neighbours – a country also recovering from decades of civil war, and with a history of tension between a Muslim minority and Buddhist majority.

In the wake of the tragedy that left more than 250 dead, government spokesperson U Zaw Htay, director general of the President’s Office, warned that Myanmar was a target of the transnational jihadist organisation known as ISIS, which is suspected of helping an extremist Sri Lankan group, National Thowheed Jama’ath, to carry out the Easter Sunday attacks.

ISIS, Zaw Htay claimed, has shown recent interest in Rakhine State after losing territory in Iraq and Syria with the collapse of its self-declared caliphate. Zaw Htay emphasised that ISIS was working with “radical elements inside the country” to orchestrate attacks larger and more destructive than anyone expected.

Yet despite on-paper similarities with Sri Lanka, Myanmar is not a likely target for a similar attack, said Mr Anthony Davis, a Bangkok-based security analyst who writes for Jane’s defence and security publications.

“As things stand today the emergence of Islamist terrorist cells in Myanmar is unlikely,” Davis told Frontier. “It needs to be understood that just because, in both cases, we are dealing with Theravada Buddhist societies that are often intolerant of Islam, what happened in Sri Lanka is not likely to happen in Myanmar.”

Davis said that Myanmar’s intelligence apparatus would have detected any similar plot, unlike the government security organisations in Sri Lanka that failed to act on detailed warnings from domestic and foreign intelligence agencies.

“In the Burmese case, you are dealing with a security intelligence apparatus that is congenitally suspicious of Muslims; it’s in their DNA,” Davis said.

Endemic suspicion of Muslims undoubtedly contributed to a social environment that led to the Rohingya crisis, he said. However, the intelligence focus on Muslim communities is likely to preempt any successful coordination between a home-grown terrorist cell, such as in Sri Lanka, and opportunistic international jihadist groups seeking to leverage domestic disaffection.

“This is a community which wants harmonious integration into Burmese society,”  Davis said, referring to Myanmar Muslims in general. “In terms of their religious differences, it wants to live and let live and keep its head down.”

He continued: “Extremist cells don’t just hang on trees, they live in families and communities, they depend on them.”

It’s a point also made by Al Haj U Aye Lwin, chief convener for the Islamic Centre of Myanmar, who said that despite official and unofficial narratives of fear and suspicion, Buddhists and Muslims have developed a strong culture of peaceful cohabitation. “Most Muslims have been living together with Buddhists a long time. They realise that religion has been systematically used as a political tool by people with a political agenda.”

Aye Lwin also said that Muslims have a more practical, and less uplifting, motivation to keep their heads down in a Buddhist-dominated society: fear of repercussions should public opinion turn against them. “They don’t want to be a scapegoat,” he explained. “Muslims have always been soft prey.” 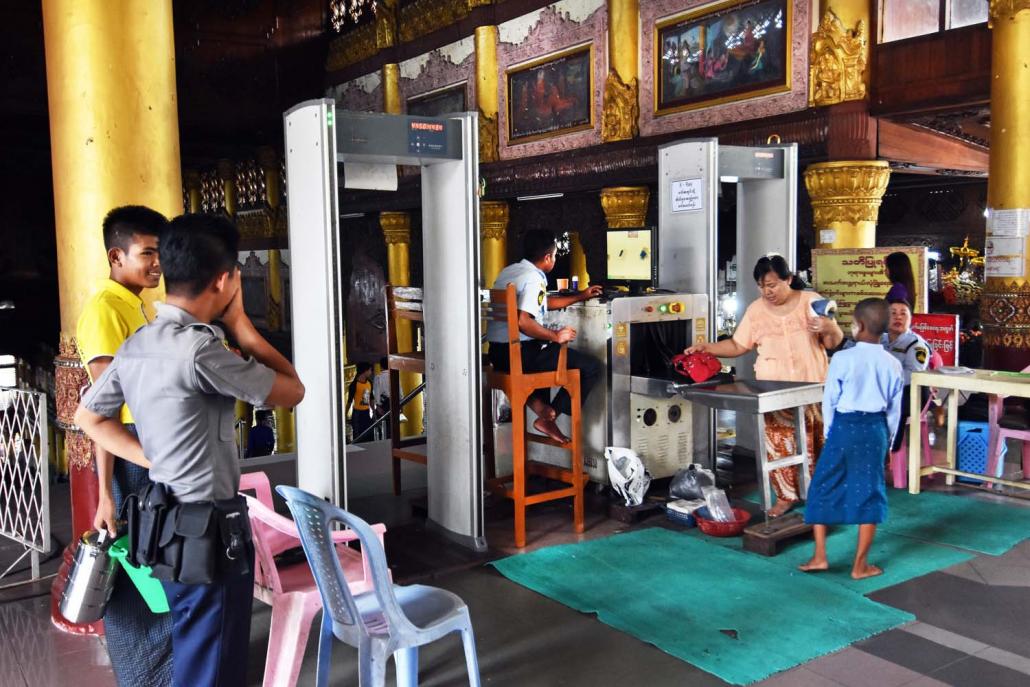 Incidents such as the anti-Muslim riots of 2012-14, and the Bago mosque burnings of 2016, are examples of how easily Myanmar’s Muslims can become targets of public unrest.

Although, for whatever reason, Myanmar’s mainstream Muslims would not support the formation of radical cells, the long-persecuted Rohingya community may be a different story.

“There is a danger of radicalisation of Rohingya communities, certainly,” said Mr Joseph Allchin, author of the upcoming book Many Rivers, One Sea: Bangladesh and the Challenge of Islamist Militancy. “The decades of marginalisation they have faced and brutal atrocities meted upon them by the Myanmar government make that a likelihood for a minority of Rohingya.”

However, the Arakan Rohingya Salvation Army and any other militant groups within Rohingya communities would almost certainly not have the resources to accomplish an attack of the same scale as the Easter Sunday bombings, even if they were willing to work with organisations such as ISIS or al-Qaeda in the Indian Subcontinent.

“While ARSA has not only eschewed that kind of tactic and doesn’t seem to espouse the same ideological background and aims of those other groups, it also seems unable to muster much in the way of arms, even if it were jihadist, which it doesn’t really seem to be,” Allchin said.

“It is now most likely operational out of Bangladesh if at all. This would suggest that it lacks the network and capacity to carry out deadly attacks,” he added. “Even Bangladesh’s worst terrorist attack, on the Holey Bakery restaurant in Dhaka in 2016, used rudimentary weaponry.”

Davis agrees that even would-be jihadists within Rohingya communities would be incapable of launching the kind of large scale, coordinated attack accomplished by National Thowheed Jama’ath. However, he warns that even a small, less destructive attack could have disproportionate and devastating consequences for Muslims throughout Myanmar.

“They are aware that they are potentially only minutes away, one incident away, from pogroms,” Davis said. “Any terrorist attack on a Buddhist temple could easily trigger a pogrom.”

Yet Aye Lwin believes that Myanmar is really making progress towards intercommunal relations based on genuine tolerance and understanding. He notes the lack of a strong Islamophobic backlash against Myanmar’s Muslims in the wake of the Easter Sunday attacks.

“Of course, those we call ‘ultra-nationalists’ are still going on full steam,” he said, referring to vitriol on social media. “Apart from that, the ordinary people on the grassroots level, they don’t have much to say.”

He believes the recent attacks against Muslims in Christchurch, New Zealand, helped Myanmar people to understand that violence is not confined to a single religion, and, indeed, should not be associated with religion at all.

“People are beginning to realise that these are not religious acts,” Aye Lwin said, “that nobody can claim to be the representative of any religion while committing such heinous crimes.”

TOP PHOTO: Security personnel inspect the interior of St Sebastian’s Church in Negombo on April 22, a day after the church was hit in series of bomb blasts targeting churches and luxury hotels in Sri Lanka. (AFP)