Amid disappointments with the new government’s early performance, it’s easy to lose sight of where progress has been made. 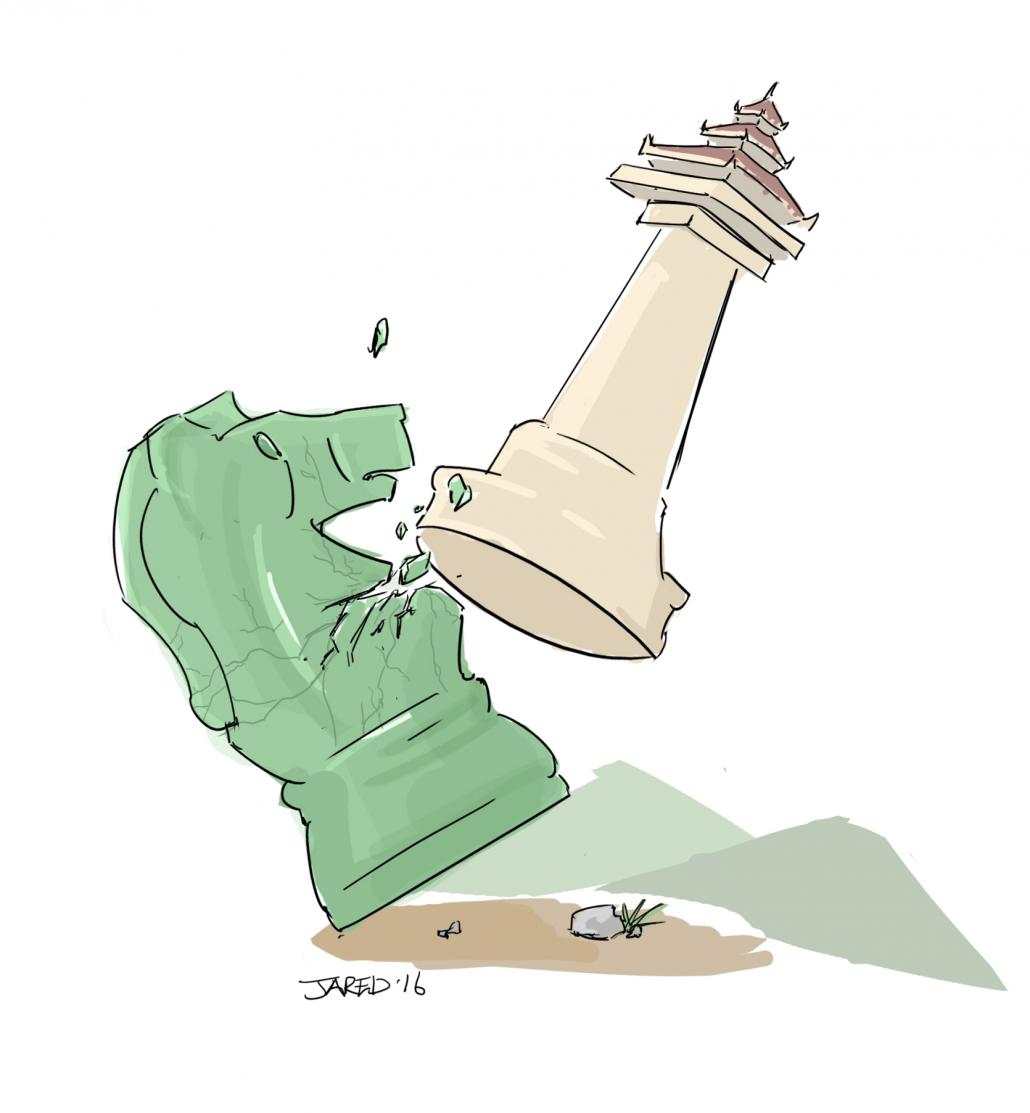 EVENTS OF recent weeks have provided a few more reasons to be frustrated with the National League for Democracy – both its government and parliamentary cohort.

We waited months for an economic policy. It turned out to be a shortened rehash of a draft policy released last year. (At first we weren’t too thrilled about being locked out of the launch, but then we realised we hadn’t missed much.)

We applauded the upper house Bill Committee’s decision to remove overnight guest reporting rules. The lower house committee put them back into the amendment bill.

We expected greater consultations and engagement with civil society. We got more restrictions on interaction between MPs and NGOs.

Amid these disappointments, it’s easy to lose sight of where progress has been made, and the challenges the government faces in tackling vested interests.

Just weeks before last year’s election, Global Witness dropped a bombshell. In a report on the jade industry, Jade: Myanmar’s ‘Big State Secret’, it alleged that the illegal trade in jade was worth US$31 billion in 2014. Dozens of companies linked to the military, government and Union Solidarity and Development Party officials, as well as some of Myanmar’s biggest conglomerates, were implicated.

Many dispute the size of this figure – the equivalent of half of Myanmar’s GDP. But there’s little doubt that a grand theft of state resources has taken place in recent years, making corrupt officials and businesspeople very wealthy in the process. The environmental devastation at Hpakant, the piles of waste rock hundreds of feet high, stand as testament to their greed. If another reminder was needed, the emergence of photos showing dozens of illegally imported dump trucks lined up at Kan Pai Tee, a border crossing with China, provided it.

Even before it took office, the government was under pressure to act. It has taken some time to assess conditions.

In deciding not to renew the current batch of mining permits, rather than call a complete and immediate halt to jade excavation, the government has struck the right balance of pragmatism and adherence to principle. The permits have been honoured, while election commitments to stamp out corruption and ensure environmental sustainability are being implemented.

Businesses at Hpakant know the party is winding down, and that the government will be watching to make sure it’s an orderly affair. They have an interest in not kicking up a fuss, because there is still the possibility of them getting licences again, once a new system is in place. The staggered expiration of current permits will also prevent thousands of workers being put out of a job at once.

The comparison with the Yangon Region government’s handling of high-rise construction projects is stark. There, existing permits have been ignored (admittedly, many appear to have been issued in dubious circumstances). The suddenness of the halt, and the uncertainty over when it will be lifted and in what circumstances, has understandably angered developers.

The immediate consequences are significant – for labourers and SMEs in the construction sector – and the potential impacts frightening, if the developers are to be believed. It’s unclear how the dispute will end, with even some in the NLD opposing the construction halt.

The context is different, of course. Residents of Yangon will be forced to live with inappropriate development for decades, if not a century or more. For miners, the blow at Hpakant has been softened by a significant slowdown in demand from China.

And not all are pleased with the Ministry of Natural Resources and Environment’s recent decision. There have been complaints from those who think it hasn’t gone far enough to punish the companies operating at Hpakant, and others who say it is too tough because it applies to all of those in the gem industry, including other sites such as Mogok.

The ministry, though, has adopted a common-sense approach to one of the country’s most pressing issues. Now it needs to make good on its promises to properly clean up the mining sector. It’s time to transform it into an industry that not only takes, but also contributes.