A new deal for oil and gas

With an offshore oil and gas tender on the horizon, the Ministry of Electricity and Energy says it is reviewing the fiscal terms in its production sharing contracts to make the country more internationally competitive.

THE GOVERNMENT is reviewing the structure of its contracts with energy companies amid warnings that the present fiscal terms are deterring investment, particularly in riskier or marginal projects.

Myanmar’s high-taxing fiscal regime and low global energy prices are clearly having an impact on the sector, with energy companies having relinquished almost half of the offshore blocks awarded in a 2014 bidding round.

The “government take” – the proportion of revenues from oil and gas projects that goes to the government – can be as high as 94 percent under present production sharing contracts, according to energy research and consultancy firm Wood Mackenzie. Despite this, investors bear all the risk; the government invests nothing in exploration or development.

U Zaw Aung, the director general of the Oil and Gas Planning Department, said the review of the fiscal terms was underway.

“We are looking at the terms and conditions, all of the fiscal terms, and how we will adjust them … to make [the sector] more attractive,” he said. “But we cannot make a decision on that alone. After meeting, we will submit it to the Ministry of Electricity and Energy office for the minister’s approval as well as [the approval of] concerned ministries.”

While the plan is to only apply the new terms to future agreements and not existing contracts such as those signed by companies that won blocks in a 2014 bidding round, Zaw Aung said the government was always open to negotiation.

“Our PSC is very flexible,” he said. “If operators find a new discovery and it is not economically viable [under the current terms] we will consider because we are always trying to get mutual benefit.”

The private sector argues that the changes to fiscal terms are needed to encourage the investment required to meet Myanmar’s growing energy needs.

“Gas is far more valuable as a fuel for the country’s industrial development than for tax revenue. That’s why these fiscal terms are counterproductive for Myanmar,” said Mr Niccolo Balzini, an advocacy officer at EuroCham Myanmar who worked on the energy advocacy group.

A revision of fiscal terms in the upstream sector is one of four recommendations EuroCham’s energy advocacy group has made in a position paper prepared for the Myanmar-EU Economic Forum in Nay Pyi Taw on June 6. The others are related to coordination within and between ministries, policies regarding pricing, including currencies and guarantees of payments, and energy infrastructure.

Balzini said the lack of exploration and the decision by some companies to relinquish blocks “says a lot about the fiscal terms”.

“If the high taxation is limiting exploration, this means there’s a risk of hydrocarbon not being found at all … If it’s kept underwater, gas has no value.” 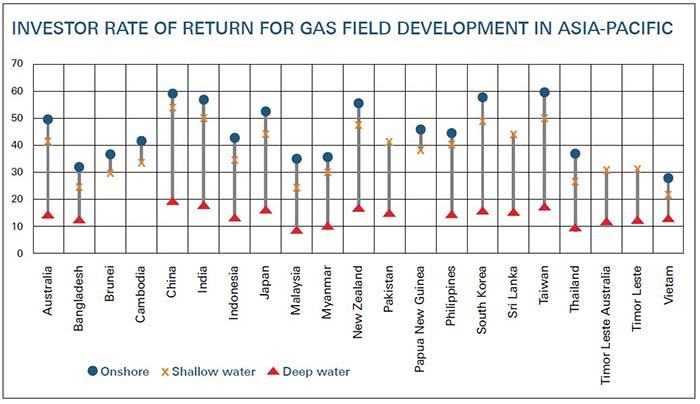 As Frontier reported in January, companies including Shell, Reliance Industries and Norway’s Statoil have all decided to hand back blocks, although some have retained acreage with more promising development prospects.

Myanmar’s existing production sharing contracts were introduced by the military regime shortly after it took power in 1988 and slowly began to open up the economy. The contracts have barely changed in the years since, except for an increase in royalties from 10 to 12.5 percent in the 2014 bidding round.

While the existing PSC structure has enabled the development of four major offshore fields, critics say it risks making the country uncompetitive at a time when low energy prices have prompted many firms to scale back exploration and development plans.

A Ministry of Electricity and Energy official, who spoke on condition of anonymity, conceded that the government’s attitude to taxation was driving energy companies away.

“To be honest, the government just tries to keep increasing taxes. They never consider easing them and this is why companies left the country … this is the real situation,” the official said.

“According to the contracts, the companies have to put up 100 percent of the investment and the government puts in nothing. Even then, the government still tries to increase taxes.

“If we keep going this way, we’ll end up with nothing. We need to give incentives.”

A November 2016 analysis for the World Bank of Myanmar’s standard PSCs put the government take – the proportion of a project’s revenue that ends up in government coffers – at 88 percent. The take for deep-water projects was 86 percent and rose to 91 percent for shallow water. This put Myanmar at the higher end of the spectrum globally. A regional comparison found investor returns under Myanmar’s fiscal regime were low to middling relative to its peer group.

The authors noted that they were relying on the standard PSC terms and these might not reflect the actual signed PSCs, and that cost and geological environments also impact on investment decision and vary across each country.

Industry veteran U Kyaw Kyaw Hlaing, the chairman of service provider Smart Group, said it was time for a comprehensive review of the PSC structure. 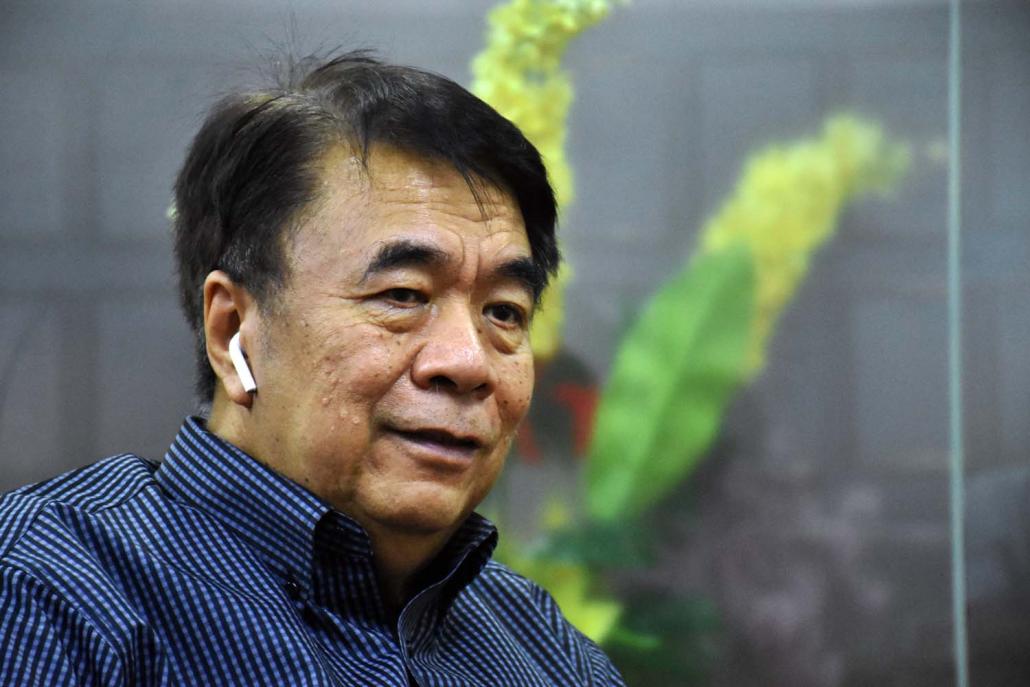 “You have to understand that one size never fits everybody. [The current fiscal terms] work well for a certain type of reservoir, in terms of the volume of the reservoir and the water depth,” he said.

Kyaw Kyaw Hlaing, who also heads the Myanmar Oil and Gas Service Society, warned against tinkering at the edges, or “just picking a number”. The revision of PSC terms should be based on sound modeling and be fair for both the government and investors, he said.

“I have heard they are now starting to look into it but my concern is that I want them to do a proper model.”

The government has said it is planning another offshore bidding round in late 2018 and the PSC issue is likely to have a major bearing on interest in the tender.

Daw Khin Khin Aye, assistant secretary at the Ministry of Electricity and Energy, said the tender was likely to take place next year.

She said it was unclear whether relinquished blocks would be included in the tender, because “there are many processes to clear up in giving back these blocks”. Only once these processes are concluded could the blocks be included in another bidding round.

Zaw Aung though said the government was on track to launch the bidding round before the end of the year.

Berchoteau from Wood Mackenzie said the fiscal terms were one of several factors hindering investment in the oil and gas sector.

Others include the lack of clarity around the role of upstream oil and gas in the country’s energy mix, the lack of domestic infrastructure, and uncertainty in regional gas markets.

“Really here we have a combination of several unfavourable factors which makes the incentives not really in favour of the operators and there’s been doubts about how commercial any offshore blocks could be. That’s why we’ve seen a lot of relinquishments since late last year,” Berchoteau said.

But some factors could work in the government’s favour. The 2D and 3D seismic surveying conducted since the 2014 tender means the blocks are now much better explored.

“A lot of seismic [data] has been shot, and apparently some of it very good,” he said. “Companies coming in now are going to have the chance to work with very good data.”

He also said the government had adopted a more pragmatic approach in response to the lower global prices. When “drill or drop” deadlines came up late last year for blocks tendered in 2014, many companies were able to secure extensions without difficulty.

“I don’t think the government is really to blame for everything. They’ve been quite helpful with the operators,” Berchoteau said. “It’s in the interests of the government not to see everybody leaving.”