A more assertive head of state?

The election of U Win Myint as president has fuelled speculation about changes in the power balance at the highest levels of government.

THE LANDSLIDE ELCTION victory by the National League for Democracy in 2015 gave it a strangle-hold on choosing the presidency, despite party leader State Counsellor Daw Aung San Suu Kyi being ineligible to become head of state under the military-drafted 2008 Constitution.

Although unable to nominate Aung San Suu Kyi for the presidency, the NLD’s domination of the Union Parliament has enabled it to decide the country’s last two heads of state.

U Htin Kyaw was regarded as a figurehead president, as Aung San Suu Kyi had famously indicated before the NLD government took office in late March 2016. The election of U Win Myint as president on March 30 has raised speculation that he might be a more assertive head of state than his predecessor.

“If we win and the NLD forms a government, I will be above the president,” Aung San Suu Kyi told journalists in Yangon on November 5, 2015, three days before the party’s election triumph. “I will run the government and we will have a president who will work in accordance with the policies of the NLD,” she added.

One of the first laws passed by the new, NLD-dominated Pyidaungsu Hluttaw, based on advice from constitutional expert, U Ko Ni, Nyi, who was assassinated in January 2017, enabled the creation of the State Counsellor’s position for Aung San Suu Kyi.

The law says the state counsellor’s responsibilities include building a federal Union, promoting peace and progress, and developing the multi-party system. The state counsellor is accountable to the Pyidaungsu Hluttaw and is authorised to liaise with government ministries and other bodies and give advice for implementation.

In State protocol, the state counsellor’s position ranks second after that of the president, with tenure from 2016 to 2020.

Critics say the state counsellor’s broad use of power was a constraint on Htin Kyaw’s role before he resigned on March 21 after two years as president.

“To tell you about the authority of a president, we found him a little weak to effectively perform the duties empowered by the constitution,” Pyithu Hluttaw MP U Thaung Aye (Union Solidarity and Development Party, Pyawbwe, Mandalay), told Frontier.

Thaung Aye, a former lieutenant-general, was defeated by Win Myint, 27 votes to 237, when the Pyithu Hluttaw voted on March 23 to choose its nominee for vice president.

There was no need to respond to such criticism, said Amyotha Hluttaw MP U Aung Kyi Nyunt (NLD, Magway-4), a member of the ruling party’s central committee who submitted the draft law that enabled the creation of the state counsellor’s position.

Veteran reporter U Thiha Thwe, who works for Japan’s NHK news agency, said it had been unfair to say Htin Kyaw was not working hard when he was absent from the media for extended periods. As president he was often confined to his office by a workload that also included many meetings, Thiha Thwe said.

Thiha Thwe said he hoped that Win Myint’s two years as Pyithu Hluttaw speaker would help to make him a more active president than Htin Kyaw, 71. Win Myint, 66, was more lively and could also be expected to enliven the presidency during his tenure, he said.

U Min Zin, executive director of Myanmar Strategy and Policy Study Institute, said that Myanmar should learn lessons from the past, when the country was under military rule for more than 50 years, before gradual reforms began in 2011.

Due to the Tatmadaw’s dominant role in Myanmar politics for several decades, the army still has considerable power over the civilian government, he said.

“There is a big gap in relations between the military and the government,” Min Zin told Frontier. “For example, when the military was fighting against the KIA [Kachin Independence Army] in Kachin, the military just informed the government of its decision. The president didn’t use his executive power to try and settle the problem,” he said.

Thaung Aye said that better collaboration between the military and the government would benefit the country. Pointing to small differences in language between the two parties regarding the conflict in Rakhine, Thaung Aye said the government refers to ARSA as “terrorists”, while the military uses the term “Bengali terrorists”, the latter a pejorative term that reinforces the view that its members, and all those who identify as Rohingya, are illegal migrants from Bangladesh.

Min Zin said that under the current makeup of the government, any power the president has essentially comes down to Aung San Suu Kyi.

“I’m very upset about saying this,” he said.

Some analysts, however, argue that Win Myint’s experience as speaker, and reputation for being tenacious in parliamentary matters, could make him a different leader to Htin Kyaw.

Aung Kyi Nyunt said Win Myint could use his considerable experience in politics, as a lawyer and as Pyithu Hluttaw speaker to great advantage.

“We can say his presidency suits the time and the circumstances,” he said. “If all stakeholders performed in unison, taking their own responsibility, it would be beneficial for the country.”

With the Tatmadaw chief reaching retirement age this year, some speculate that a fresh face could achieve a détente with the NLD – but the appointment process itself could hold the key to better civil-military relations.
BY Sithu Aung Myint 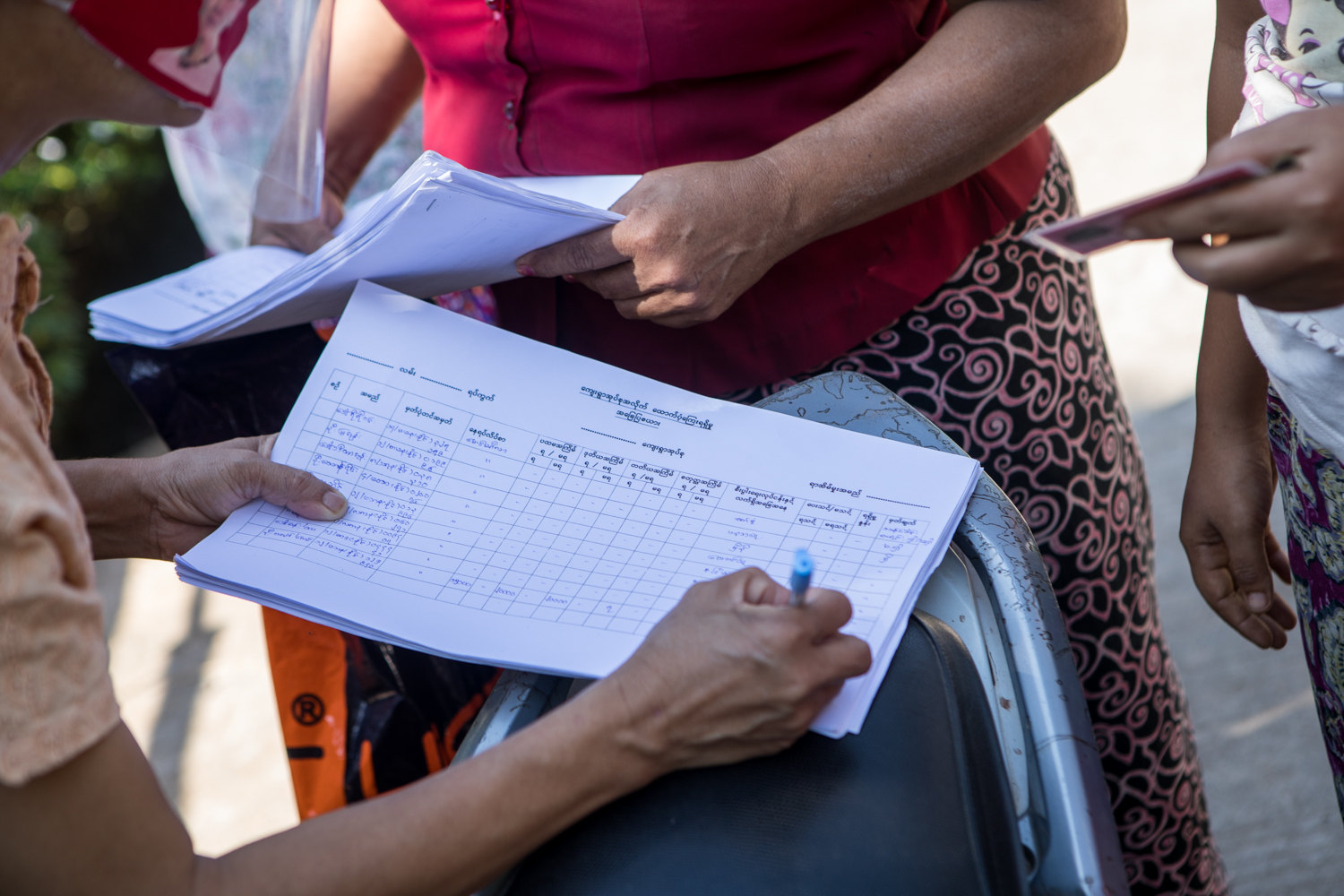