YANGON — Students and former activists in Myanmar marked the 30th anniversary of the famed 1988 pro-democracy uprising with a rousing but low-key ceremony, the culmination of three days of events to commemorate the revolt and its brutal suppression.

Some 2,000 people packed the Yangon University recreation centre, which was festooned with red flags sporting the “fighting peacock” logo of the movement that helped catapult Daw Aung San Suu Kyi to prominence.

They crammed past exhibitions of photos and paintings, wrote messages of support on a mock prison cell wall, and took turns waiting for a photo next to a sculpture of a symbolic clenched fist.

Former protest leaders mounted the stage to reflect on the struggle against the military that first seized power in a 1962 coup. 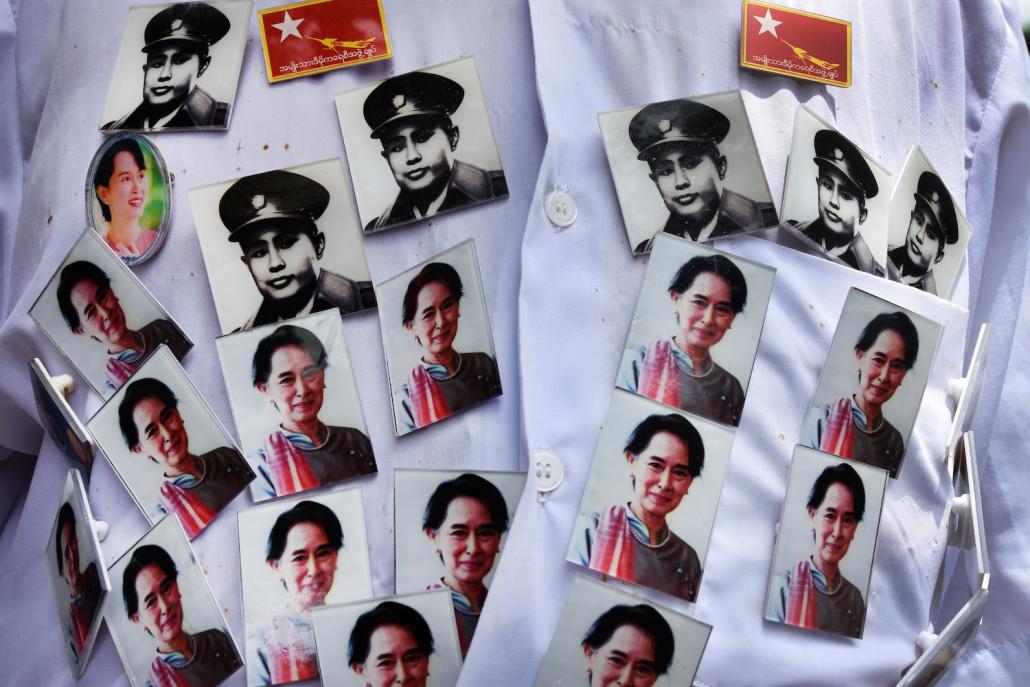 “After 30 years, we students have come back here again,” U Min Ko Naing, one of the more prominent protest leaders, told the crowd to applause. “But some aren’t able to come back.”

After years of economic decline and a tightening clampdown on rights, student-led protests swelled into nationwide strikes and marches on August 8, 1988.

But troops rushed in to stamp out the movement, shooting protesters and locking them up en masse.

The number of political prisoners in Myanmar’s fetid jails swelled while many fled the country into prolonged exile. 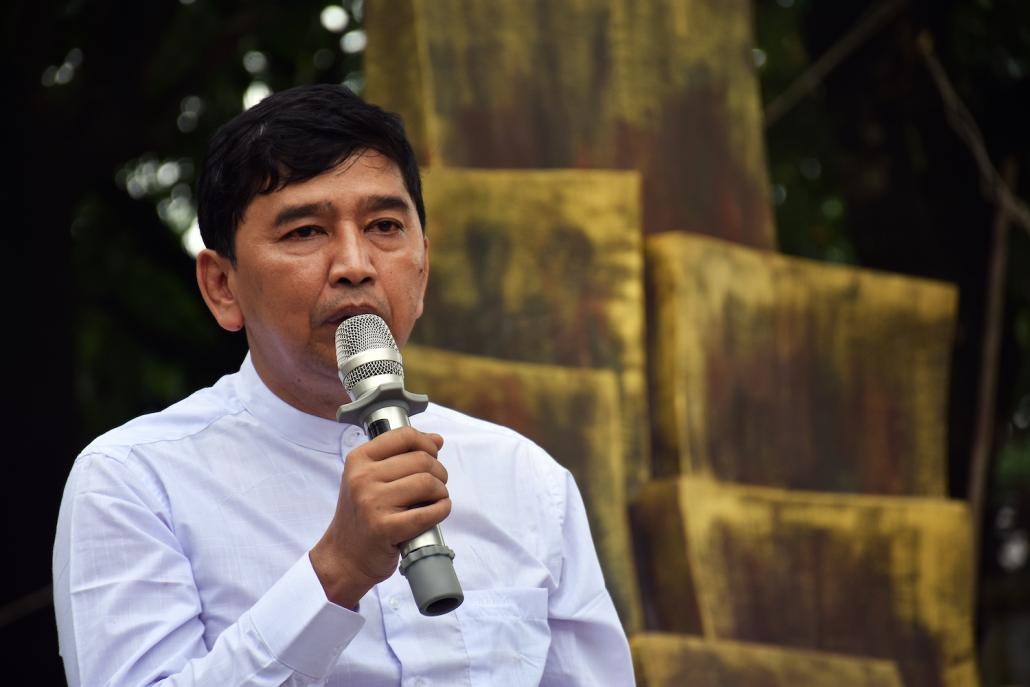 U Min Ko Naing speaks to a crowd gathered at North Okkalapa for the unveiling of a commemorative monument. (Steve Tickner | Frontier)

During the uprising, Aung San Suu Kyi — the daughter of independence hero General Aung San who had returned from England to care for her sick mother — was seen as a beacon of hope, giving rousing speeches to adoring crowds and maddening the paranoid junta.

She was placed under house arrest for a combined total of 15 years before being released in 2010 and leading her National League for Democracy party to victory in historic 2015 elections.

But her reputation as a global icon for rights has been shattered due to her handling of the country’s Rohingya crisis.

Reconciliation with the army has been one of Aung San Suu Kyi’s priorities since she came to power, angering many frustrated with the ongoing presence of the military in political life. 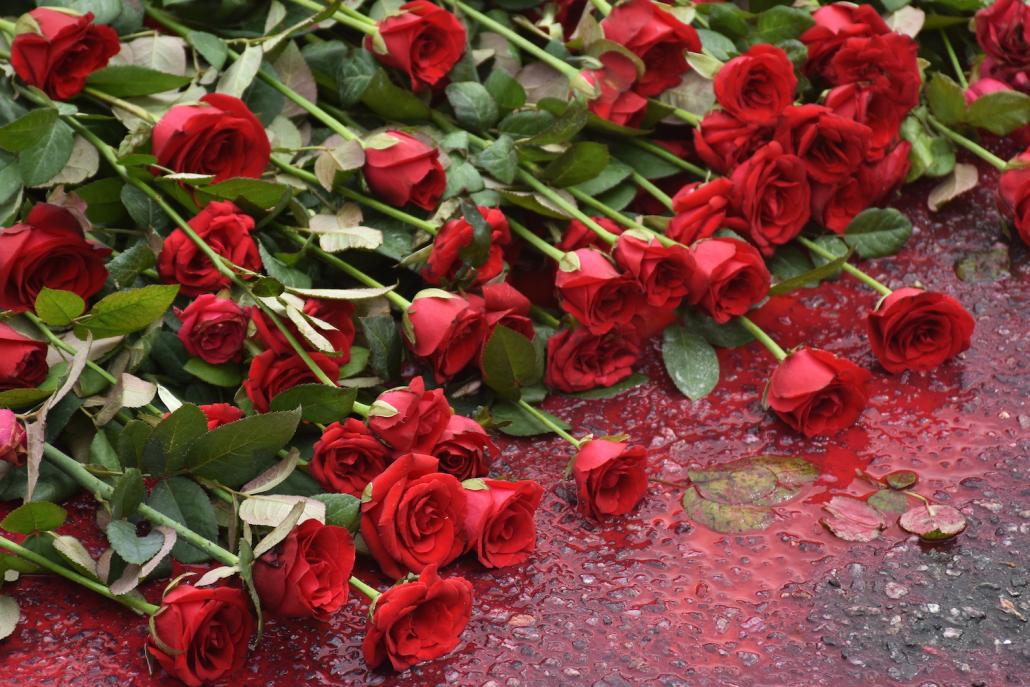 Rose are laid on the road where students were killed near Yangon’s Sule Pagoda. (Steve Tickner | Frontier)

“I don’t like the NLD government as they don’t have the capacity to run a country,” said 71-year-old Cho Aye, who said he took part in the uprising. “They broke their promises.”

Few expect a change of government in the next election in 2020, but some prominent members of the 88 uprising have decided to start their own party in a sign of disillusionment with the NLD.

“It is wonderful to be here to celebrate together but we need to work a lot to move forward,” U Ko Ko Gyi, a former 88 student leader who is helping start the new party, told AFP after speaking on stage. 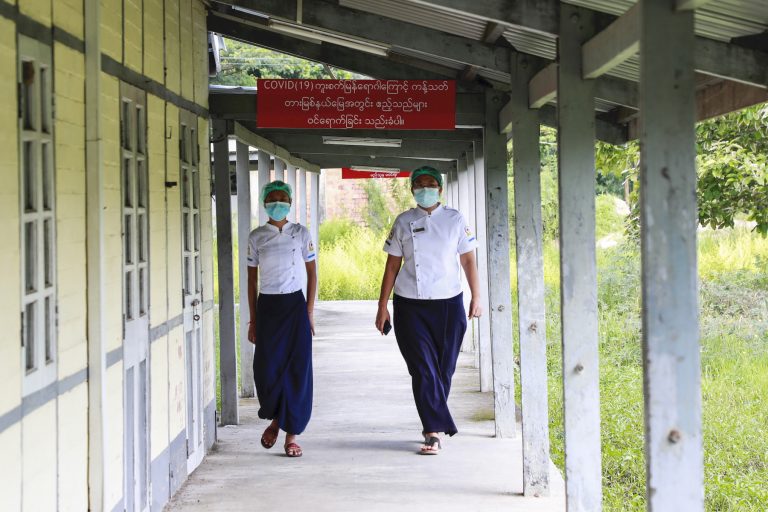 As COVID-19 cases rise rapidly the government has cut the facility quarantine period by a week to free up space and save money, as new research shows most patients are no longer infectious after two weeks.
BY Aung Phay Kyi Soe

The battle for Kayah